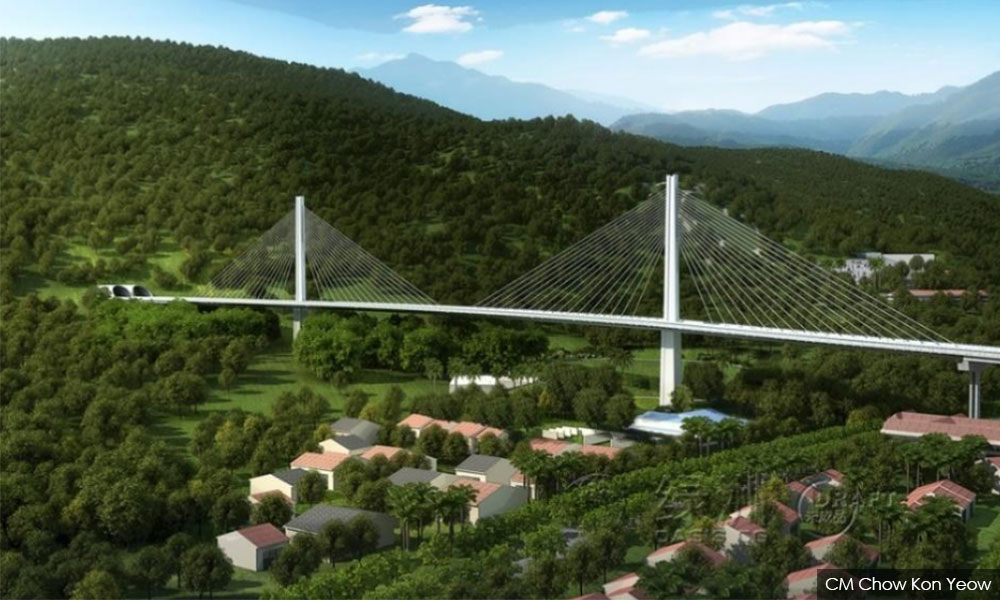 Public being misled over Penang tunnel and highway projects

COMMENT | This article responds to comments made in the following social media posts concerning the Pan Island Link 1 (PIL 1) and the Undersea Tunnel Project:

The Penang state government would like to categorically address the misconceptions and refute the erroneous statements contained in the articles.

Being a conscientious and responsive government that stands by the governance principle of Competency, Accountability and Transparency (CAT), the state is duty-bound to continuously and consistently correct all inaccuracies with regard to the Penang Transport Master Plan (PTMP), especially on the Pan Island Link 1 (PIL 1), which is the focus of contention in the posts.

1. The latest post which debated PIL 1 as being an exorbitantly priced project is spiced with many factual errors which cannot be anything other than to confuse and misguide the public with the intention of swaying public support for the project.

2. The most glaring is that of the cost of PIL 1 that is said to have escalated from RM7.5 billion to RM9 billion, which has been cooked-up and distorted without stating any factual basis with the intention to mislead and divert the public’s attention.

3. The assertion that “PIL 1 is the most expensive highway to be built in history” is invalid and made with ill-intention.

4. The cost that has been officially announced is RM7.5 billion. PIL 1 cannot be compared to other highways as each highway is dissimilar in many ways. It is for this reason that the per kilometre cost of construction cannot be worked out with simple arithmetic as each highway has its own unique features which are needed to cater for the local conditions.

5. Other considerations in calculating the cost are the unique engineering approaches incorporated in this proposed highway due to site conditions, technical requirements and minimising social and environmental impacts.

6. Of relevance here is that for PIL 1, of the 19.5km length, 7.6km is constructed elevated at a height of up to 31m and 10.1km of the highway are designed as tunnels. The remaining length will consist of embankments connecting the tunnels to the elevated structures.

7. The unique features of PIL 1 highway encompass the following:

8. We would also like to assert that the PIL 1 work packages will be awarded via open tender for full transparency and equity.

9. The funding is designed in such a way that no taxpayers’ money will be utilised to fund the project; rather it will be fully funded through the Penang South Reclamation (PSR) project, which is owned by the Penang state government and not by any developer or contractor.

10. The Penang state government wishes to clarify that there is no cost escalation for the PIL 1 project as alleged in the Facebook post.

11. Further efforts to compare costs between projects will only confuse the public, without taking into consideration other factors in a comprehensive manner as each project will have unique features that are dissimilar with the project it is compared against.

B. PIL 1 will serve Penangites

1. All PTMP projects are implemented based on open tenders, i.e. based on the market rate at the time of implementation and each bid is evaluated strictly based on pre-determined criteria. Hence, the issue of cost escalation does not arise.

2. The main function of PIL 1 is to relieve the traffic congestion on the Tun Dr Lim Chong Eu Expressway (LCE). It is a known fact that traffic congestion in Penang is worsening by the day and the state government is striving to resolve this issue via various proposals, namely under the PTMP, for the rakyat’s benefit.

3. The benefits of PIL 1 are summarised as follows:

4. PIL 1 is strategically linked via its six interchanges to the Gurney Expressway, the undersea tunnel, the proposed North-South Expressway (NSE) Link (bypass) and the Second Bridge. Together they form the Greater Penang network.

On claims of protests from Penangites, we would like to assert that from public forums and town hall sessions, all comments, feedback and concerns from the public has been given due weightage.

1. It was found that 80 percent supported the project, which is the silent majority.

2. Technical experts had been called in at these town hall meetings to address every concern raised by NGOs and individuals who would not see the relevance of PIL 1. To date, the state has endeavoured to placate every demand from certain NGOs and groups, including organising town hall sessions, public displays and open displays of the RFP documents. This is in line with the state government’s transparency and inclusive planning policy.

3. The state views the protests from a loud minority as differences in opinion and aims to continuously and consistently engage with the factions by bringing in independent experts to explain and enlighten where misconceptions are brewing.

On the Reclamation Project (PSR): Allegations that the state government had sold thousands of hectares of the reclaimed area are not true.

1. The state government is the proprietor of the Penang South Reclamation (PSR) project and will solely own the three islands.

3. The state government will choose the developers for PSR through an open tender process as practised in developed countries, including Singapore and Hong Kong. Funds from these tenders will be used for infrastructure development in Penang, including rail and highway construction.

4. The system adopted by the state government is one that is transparent and open in accordance with the principle of CAT and aims to benefit the whole community of Penang.

On the bridging soft-loan, it was requested by the state government from the federal government to kick-start Phase 1 of the PTMP.

1. This is specified in the RFP as the funding method. To justify the need for the loan, in the event the loan is obtained, both the LRT & PIL 1 projects can be implemented concurrently.

2. Otherwise, each project may only commence upon completion of the priority projects (PSR, LRT and finally PIL 1 under Phase 1 of PTMP).

3. To reiterate, the soft loan will allow for all priority components to be completed simultaneously for the rakyat to enjoy the benefits as soon as possible.

4. As the term “loan” suggests, it is repayable and will be done so from funds generated through PSR and taxpayers will not be burdened with the commitment to service the loan from the federal government.

1. “Demarcating the whole area of Sri Tanjung Pinang 2 (STP 2) implying to the public to think that the whole area will be 'bestowed' (dianugerahkan) to the concessionaire company”. This is misleading and not supported by factual data.

2. As mentioned earlier, PIL 1 was planned in a manner to strategically integrate the proposed NSE bypass link, first and second bridges and the existing LCE Expressway. These networks are planned to function as an efficient traffic dispersal mechanism.

3. On the claims related to the proposed Undersea Tunnel as the Third Link:

a. Construction works for the tunnel have not started therefore no payment was ever paid by the Penang state government via land to the concessionaire company.

b. The tunnel project does not cost RM6.3 billion as claimed. RM6.3 billion is the cost for feasibility studies, detail design and construction of three major roads and the undersea tunnel which comprises a total of four (4) packages.

c. Reports related to the three major roads were already completed in January 2016. This information, which was widely reported by the media, is easily available in the public domain. It is a blatant lie that no reports were completed after six years since the project was first awarded.

1. As mentioned in the state government’s statement on PIL 1 dated Aug 7, 2018, the stand remains that we continue to value all comments and concerns received and each suggestion will be taken into consideration in finetuning the PIL 1 alignment for the benefit of all.

2. Lastly, we would like to once again state that we are steadfast in upholding the CAT principle in implementing the PTMP that will further improve the lives of all Penangites and our future generations.

3. The points raised in social media posts have been addressed on various platforms. The repeated misrepresentations, each time driving farther away from the truth and facts, are clearly an attempt to mislead the public.

pil1
underseatunnel
ptmp
penang
Related Reports
Why was DAP against PORR and now for PIL1?
2 years ago
Penang to seek financial aid from federal gov't for LRT, PIL1
2 years ago
Second round of protest against PIL1 and transport plan
2 years ago
Reconsider construction of PIL1 highway in Penang
2 years ago