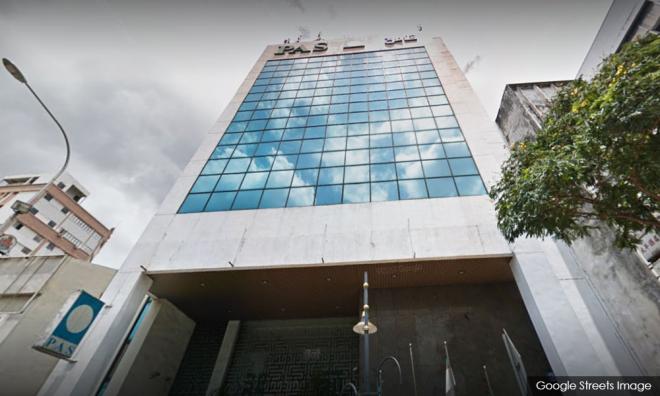 We got RM90m but our office lifts not working, quips Hadi

PAS president Abdul Hadi Awang joked about how the elevators were not working at the Islamist party's office during MACC's visit.

He said this was despite PAS being accused of receiving RM90 million from Umno during the leadership of former premier Najib Abdul Razak.

“I was told when MACC officers came to our office, they could not take the lift because the lifts were 'rosak' (broken). Our lifts were broken even though we were supposed to have RM90 million?" he quipped.

Hadi was speaking at a press conference in Marang last night. A video recording of his responses to the questions regarding the RM90 million allegation has been posted on his Facebook page.

The PAS president also dismissed Sarawak Report's move to retain its contentious article regarding the allegation.

Recently, Hadi had agreed to an out of court settlement over the defamation suit he filed against Sarawak Report in London over the article.

Responding to a question if it is fair for the portal to continue attacking PAS despite the settlement, the Marang MP claimed the article was politically motivated.

However, he pointed out that it did not affect PAS' performance in the last general election.

Hadi said both Sarawak Report and PAS agreed to settle the suit and keep the conditions confidential.

“If she (Sarawak Report editor Clare Rewcastle-Brown) wants to reveal (the confidential matter), it is up to her. I have not done so,” he added.

To another question, Hadi said PAS does not consider Sarawak Report as a threat since its London-based editor is not a Malaysian voter.

“We have agreed to settle the matter. We won in the election. The intention (of the article) was to engineer PAS' defeat. PAS did not lose, so it is settled,” he added.

Hadi also revealed that PAS has accepted 6,000 new members this month and 3,000 last month, which he claimed was a sign of the people's confidence in the Islamist party.