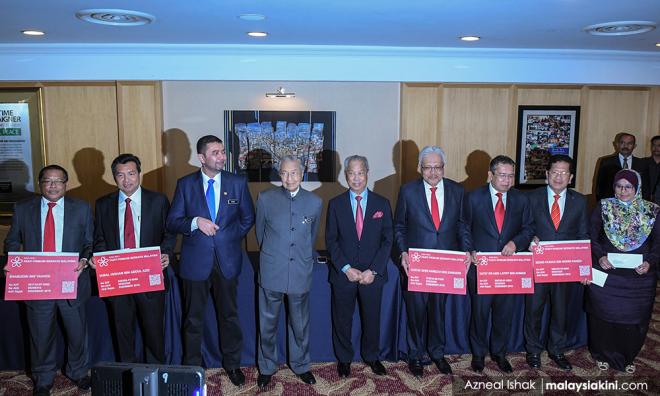 ADUN SPEAKS | A while back I wrote about how, prior to the 14th general election, Dr Mahathir Mohamad told a group of activists and NGOs that he would not accept Umno frogs.

I know because I was there. I heard it with my own ears. And I believed him.

When Umno MPs started jumping ship there was concern that they would be accepted en masse into Bersatu.

Some of their leaders tried to allay the fears of their Pakatan Harapan colleagues by saying that these people will need to become independents first and that they will be thoroughly vetted, etc.

Now, suddenly, we hear that seven former Umno MPs are being accepted into Bersatu in one go.

And so it has come to pass, all our fears and worries about Bersatu slowly being infiltrated by Umno frogs.

Have all of them been vetted properly? Who knows. But we do know that Tasek Gelugor MP Shabudin Yahaya is not the kind of person we want in Bersatu.

I would like to quote PKR vice-president Chang Lih Kang, who said: “The rakyat had made up their minds to oust BN in the 14th general election. We should not go against their will to reinstate MPs from the former regime into the new government coalition. It is a sheer betrayal of the rakyat’s decision."

It is really disheartening what Dr M is doing, accepting rubbish like this.

So what happens if more Umno frogs abandon ship and ask to join Bersatu. Will they take them in, en masse like this?

Are we witnessing the reverse takeover of Bersatu by ex-Umno members?

This is not what the rakyat voted for in GE14.