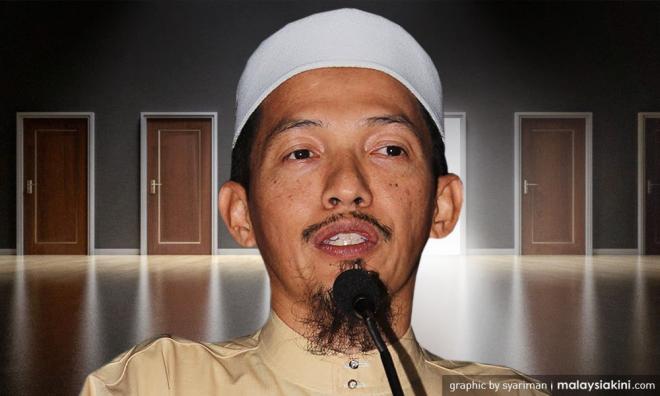 Nik Abduh Nik Abdul Aziz revealed that he wanted to come clean on an audio recording of him admitting to PAS receiving funds from Umno, but the Islamist party's leaders felt otherwise since the last general election was around the corner.

Therefore, the PAS central committee member said he relented since the issue was greater than him.

He also disclosed that PAS president Abdul Hadi Awang had given his blessings for a denial to be issued.

"Even though the recording was aimed at ruining my reputation, it was immediately seized by our enemies as soon as it spread to take down PAS.

"When I referred to several party leaders who understood the issue well, they decided that I should deny (the recording). I fiercely refused and objected, but they insisted.

"'Slander must be stopped' was their reason (as) the heat of the 14th general election increased. Pakatan Harapan had been attacking PAS with all sorts of slander.

"Faced with a conundrum, I sought an answer from the PAS president. He immediately consented to the decision that I deny (the recording). I followed, and was happy to receive a mandate," he added in a Facebook post today.

Last year, Nik Abduh had dismissed the recording as "nonsense and slander", which he reiterated to the media after the MACC recorded his statement last week.

Yesterday, PAS secretary-general Takiyuddin Hassan confirmed that it was Nik Abduh's voice in the recording, but said the issue was not portrayed in the proper context.

In the recording, Nik Abduh admits that PAS leaders including himself, his late father Nik Abdul Aziz Nik Mat, and even Hadi had received funds from Umno.

"I met with Hadi, Hadi said it was fortunate for us to get Umno funds, and we can do anything with it, just don't use it for personal gain or to enrich oneself. Use it for Islam, he had said."

He had also said that PAS received RM2 million from Umno with the knowledge of its top leaders to defeat DAP in the 2016 Sarawak state election.

In his Facebook post today, Nik Abduh said as a result of his denial, the slander failed to spread and PAS did well in the 14th general election.

The Bachok MP said he always maintained he would tell the truth under three conditions, namely if he was told to do so by PAS, in a court of law or if he was investigated by the police and MACC.

Nik Abduh said this is the reason he did not issue a denial when the recording was used as defence evidence in Hadi's defamation lawsuit against Sarawak Report.

The PAS leader said he also told the truth to the police and MACC when quizzed on the matter.