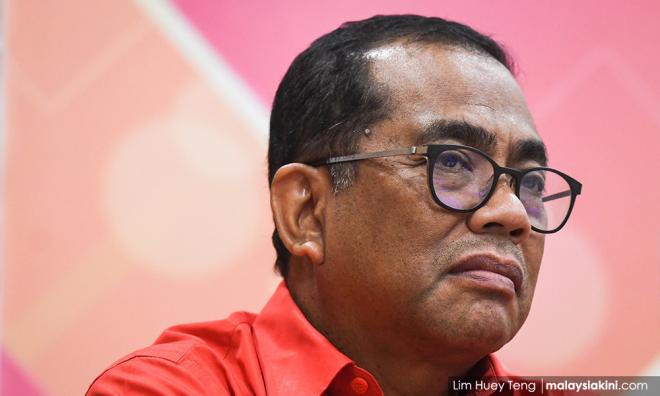 This follows allegations that the Johor menteri besar lied about having an accounting degree from the university.

Khaled, Osman's predecessor, said today that the most disappointing part of Pakatan Harapan leaders being embroiled in the 'fake credentials' controversy is the excuses they have come up with in response.

"Therefore, to put a rest to the matter, the parties involved must come forward and explain.

"In the case of Osman, for instance, UPM should explain, since it had said that it would clarify the matter. Only its explanation will bring closure to the issue.

"At the same time, I'm also extremely disappointed with Maszlee's inaction in commenting on the matter," he said in a statement.

The website of the Johor government states that Osman has a degree and a diploma in accounting from UPM. It does not state when these certificates were obtained.

Critics on social media, however, claim that there is no record of him having graduated from the university.

Last Saturday, Osman had merely responded with a smile to questions from reporters about his academic qualifications.

On the same day, Sinar Harian reported that UPM was checking its records to see if the menteri besar was among its graduates.

According to Khaled, Maszlee should safeguard the integrity of academia, as there is no one else at present who has more authority than the education minister to comment on the matter.

"It is a shame if the country's leaders are those with no integrity, and are not honest about their qualifications, and they are, in turn, defended by fellow leaders.

"The issue has to stop now. I urge UPM and Maszlee to clarify the matter."

osmansapian
mohamedkhalednordin
fakedegrees
Related Reports
Mahfuz denies having a degree too
a year ago
My degree is legitimate, says Najib
a year ago
Osman, show us your degree or quit - Johor Umno Youth
a year ago
When asked about 'fake' degree, Johor MB merely smiles
a year ago