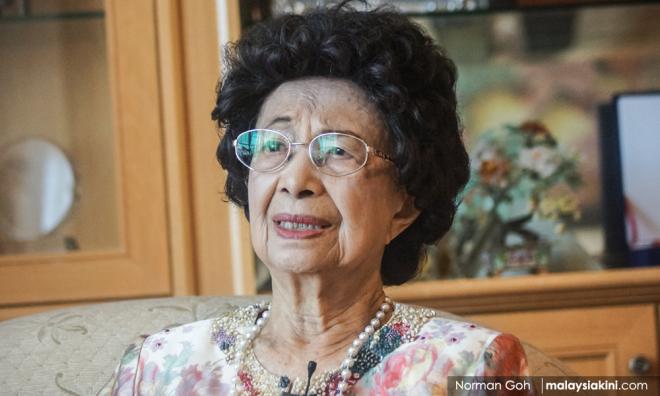 The prime minister's wife Siti Hasmah Ali has stressed the importance of emphasising moral values in religion with regard to the issue of child marriage.

Siti Hasmah also expressed frustration at religious leaders who only focus on one aspect of religion.

"It is terrible. It is disgusting. I sometimes give up hope on some of these ustaz and ustazah who teach our children only one aspect of the religion, but never the moral values of the religion.

"Any community has moral values to teach their children, including religion.

"You must have religion to guide you, but if the interpretation of the religion is wrong, you are finished," she said in an interview with the Malaysian Reserve.

Read more: Siti Hasmah: I don't like politics, it can be dirty

Siti Hasmah also spoke out strongly against child rape, stating that offenders should be severely punished.

“The old man should be shot, actually. If it was in an Arab country, he would have been stoned to death. It is terrible," she was quoted as saying.

The country has seen in recent years several high-profile child marriage cases, but Putrajaya has found it difficult to take action as the matter falls under state law.

However, some states have taken the initiative to outlaw child marriage.

In Selangor, at the urging of the state sultan who is also the caretaker of Islamic affairs, the minimum marriage age for Muslims was raised to 18.