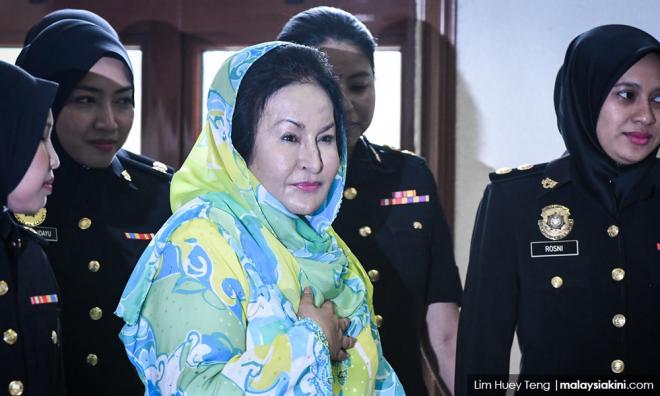 The Sessions Court in Kuala Lumpur was today told that lawyers representing former prime minister's wife Rosmah Mansor, in the graft charges involving solar energy projects in rural schools in Sarawak, objected to the prosecution’s application to transfer the case to the High Court.

Deputy public prosecutor Mohd Dusuki Mokhtar, who appeared for the prosecution, told this to the court when the case came up for mention before judge Azman Ahmad.

However, Mohd Dusuki said the date to hear the application had been fixed for March 15.

“Since the application is still pending and has not been resolved at the High Court, I request for another mention date,” he said, and Azman fixed March 20.

Lawyer Akberdin Abdul Kader, representing Rosmah, confirmed the matter and informed the court that they had submitted an affidavit to that effect, but had yet to receive the reply from the prosecution.

On Nov 15 last year, Rosmah, 67, pleaded not guilty in the Sessions Court to two counts of soliciting RM187.5 million and receiving RM1.5 million for the project to provide electricity to schools in 369 rural schools in Sarawak.

She was charged under Section 16(a) (A) of the MACC Act, and faces imprisonment for up to 20 years and a fine of not less than five times the amount of the gratification of RM10,000, whichever is higher, upon conviction.