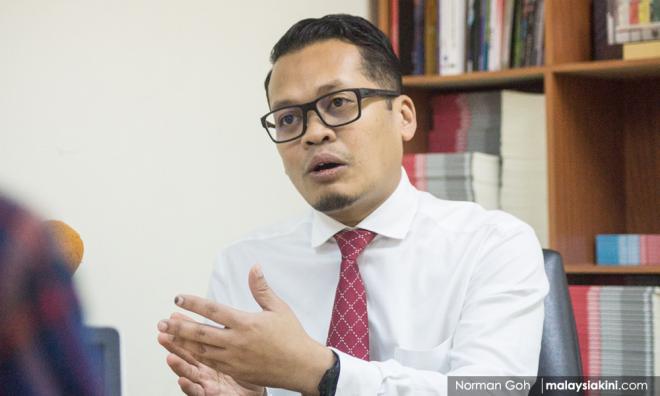 Pakatan Harapan must return to its roots

MP SPEAKS | This week, seven former Umno MPs joined Bersatu. Bersatu has also declared its entry into Sabah, contrary to its pledge before the 2018 election.

I have consistently said that I am against this—and many of my colleagues in Pakatan Harapan feel the same way.

Let us focus on the challenges facing us in the present and how to move forward into the future. One thing that we need to do is to be willing to listen to all arguments—including the ones we don’t necessarily agree with.

It has been argued that these defectors are needed to shore-up Malay support for Harapan.

It has also been argued that the move is necessary to counter the emerging Umno-PAS alliance, which is allegedly increasingly popular on social media as well as to strengthen our coalition’s standing in rural areas — such as the East Coast and Northern Peninsula.

It is true that Harapan did not win the popular vote in the last election—garnering only 48.31% of it. Indeed, much of the 50.79% of the vote that Barisan Nasional and PAS won was from Malays in the East coast and Northern Peninsula Malaysia as well as from Muslim Bumiputeras in Sarawak.

And it does appear that Malay sentiment towards Harapan is not exactly glowing. Although much of this is driven by the shrill and manufactured voices of Umno and PAS surrogates, there is genuine concern among many Malays that the community is under threat: both politically and socio-economically.

Defections will not guarantee Malay support

But is taking in defectors from Umno the best way to assuage these concerns?

Why can’t the various components of Harapan evolve so that we can, finally, access, engage and win the support of all Malaysians, including the rural Malays?

Why do some of our leaders seem intent on taking short-cuts, rather than the path of hard (but ultimately rewarding) work? Have we totally abandoned the idea of bipartisanship?

Why do some Harapan leaders assume that the Malay community will necessarily be impressed by taking in these defectors? Is the rural Malay community that monolithic? Is quantity really that more important in governance and politics rather than quality?

But if taking in defectors is not the way, how should Harapan resolve its “Malay dilemma”?

One way is to double-down on conservative Malay politics, including turning back on reform because it will allegedly weaken the community. This is the path that PAS has taken. That was their choice to make and theirs alone, but it also means they are no longer the party of Dr Burhanuddin al Helmy, Fadzil Noor and Nik Aziz Nik Mat.

The alternative is to stick to the progressive, inclusive promises we made via the Buku Harapan.

Our GE14 campaign manifesto was a document that all Harapan parties agreed to. But it was also a platform that addressed the aspirations and problems of all segments of Malaysian society, including the Malays.

The Buku Harapan can be executed. We couldn’t deliver all of the 100 day promises—but it doesn’t mean that it cannot be realised. The same applies to the other pledges.

Some things may need to be sequenced, but they must be done if the country is to survive and thrive. We should not simply cast the Buku Harapan aside due to political exigencies.

It is cynical and disingenuous to say that Harapan won only because of the 1MDB scandal and the anger towards Najib Razak. That’s simply not true.

Our critics—but also our own leaders, legislators and supporters—should give us more credit than that.

What I am saying is this: Harapan should learn to take “yes” for an answer.

Malaysians gave us an adequate majority on May 9

There is no need to worry about our parliamentary majority (which is adequate to govern). Unless some quarters have some political calculations to undermine the Harapan consensus.

As I have said many times, a two-thirds majority is sometimes more trouble than it is worth.

It is only moral and just that constitutional amendments—when they become necessary—be done via a bipartisan consensus, by talking and working with the Opposition and civil society.

Harapan should roll up our sleeves and get down to the business of governing the country. And “governing”, means reforming our economy and making it work for all Malaysians.

Malays will benefit from progressive politics

Part of this involves winning over the Malays to the idea that progressive politics and governance is in their interest. And it is.

Who makes up the majority of the urban poor? The Malays.

Who makes up the majority of low-wage earners? The Malays.

Who makes up the majority of the petty traders struggling to earn a living? The Malays.

Whose families are the majority of those struggling to service high household debts? The Malays.

Who are the majority of smallholders struggling from low commodity prices and delays in government payments? The Malays.

Delivering an economy that solves the plight of these segments of society, even in a non-racial manner, will do more to win over Malay voters than trying to outflank Umno and PAS on the right – or luring opposition crossovers.

The voters in these constituencies did not vote for Harapan. They knowingly chose the vision that BN and PAS had for Malaysia. Their MPs moving over to Harapan will not likely make them feel any differently.

Instead, solving the bread-and-butter-issues of the voters will go a long way in addressing their racial and religious insecurities.

Harapan should trust the Constitution

We must also learn to trust our Constitution and our system of governance, even as we repair both from decades of abuse.

Setting up the latest incarnation of the National Economic Action Council (NEAC) is the Prime Minister’s prerogative and so is its composition — although there were some interesting omissions.

The members who were selected are distinguished and respected in their several fields — one wishes them every success.

But the NEAC’s emergence has — fairly or unfairly — led to speculation over the performance of the Cabinet. There are perceptions — again, fairly or unfairly —that attempts are being made to circumvent the normal process of Cabinet-based governance in the management of Malaysia’s economy.

It is easy to dismiss these criticisms as grouses, but they have a real impact on how voters view this current Pakatan Harapan government.

I hope this is something that the leaders of our government and alliance will take into account moving forward, especially when dealing with defectors and in how the administration’s agenda is to be executed.

The ends do not justify the means. Like it or not, processes sometimes matter as much as outcomes.

Malaysia needs solutions that work for the many, not the few. We need policies for these day and age. Too often we seem to be indicating of going back to the economic prescriptions of Old Malaysia.

Sticking to the spirit of Buku Harapan is the way forward.

This will go a long way towards winning over Malay fence sitters and not side-line our non-Malay and politically liberal supporters.

While Umno and PAS embark on a journey rightwards, we should not dance to their tune.

But we must allow them the space to be a functioning Opposition that keeps us in check.

That is what leadership is. Pakatan doesn’t have to reinvent the wheel. Let’s be sure of who we are, what we want to do and where we want to go. If we are sincere, the people — including the Malays — will follow.

Nik Nazmi Nik Ahmad is the MP for Setiawangsa.