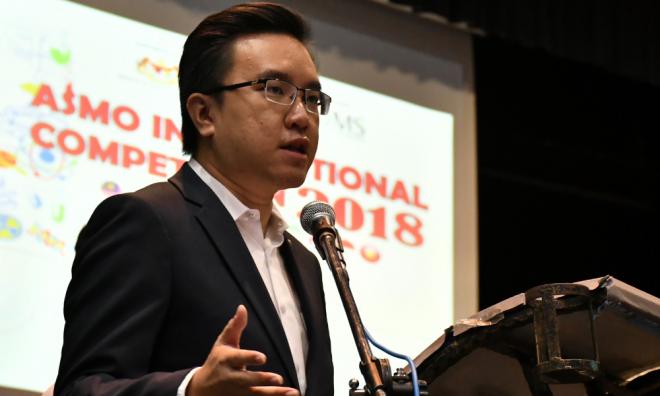 DAP Youth hits out at Bersatu expansion to Sabah

The recent announcement that Parti Pribumi Bersatu Malaysia (PPBM) will set up shop in Sabah has not gone down well, with Dapsy (Democractic Action Party Socialist Youth) National Publicity Secretary Phoong Jin Zhe likening it to a ‘knife in the back.’

Phoong believes that the next step by Bersatu will be to take in "political frogs" who have recently withdrawn from the Sabah Umno.

“By doing so, they can be restored to the ruling party. This is outright mockery and a betrayal of the people of Sabah,” said Phoong who called it disrespectful of the people’s choices in GE14.

"Bersatu has the right to set up their branches anywhere in the country, but if it is used to absorb opposition members in order to disrupt the political stability in Sabah, it is akin to stabbing a knife behind the back of their political ally Parti Warisan Sabah.”

Phoong, who is also assemblyman for Luyang, warned that it would undermine the stability of the current state coalition government and possibly lead Sabah into fresh political turmoil.

He said that the governing state coalition, made up of Warisan, DAP, PKR and Upko, had formed a stable administration.

“Under the leadership of the current state government and Chief Minister Shafie Apdal, Sabah's development on track and progressing at a steady pace. Bersatu had no reason at all to set foot here in Sabah."

Phoong said that he had made a call to DAPSY National Chief Howard Lee and asked him to express his dissatisfaction to Bersatu at the national level.