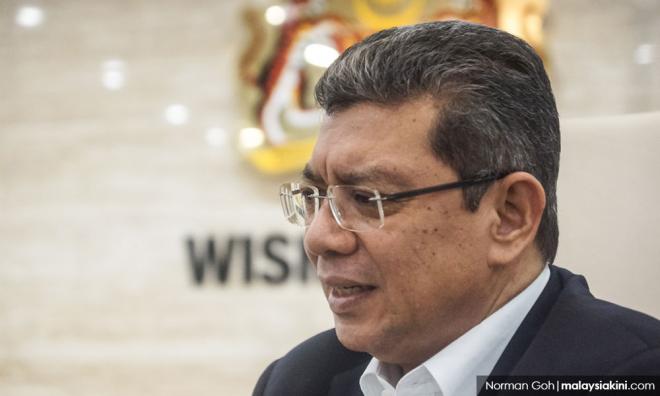 All 47 Malaysians who were freed in Cambodia yesterday missed their flight home this morning, according to Foreign Minister Saifuddin Abdullah.

He said they were supposed to board an AirAsia aircraft, which sponsored 38 seats, but were informed that a problem involving administrative matters and logistics had occurred.

As such, Saifuddin said the effort to bring them home would be continued tomorrow or Monday, as there were only two flights out Phnom Penh to Malaysia a day.

"Some of them do not have passports, which could have gone missing or were taken by certain quarters, and this morning, Foreign Ministry officers had issued emergency certificates to them to enable them to go home.

"We are told there are only 20 vacant seats tomorrow in the two flights out of Cambodia," he told a media conference after launching an event at SMK Alor Akar in Kuantan today.

Saifuddin added that he had also ordered his officers to see if there were still seats available on the AirAsia flight on Monday, or find other alternatives so that the Malaysians could be taken home as soon as possible.

"They are all in high spirit to return to their family fold and are relieved after being freed. Indeed, all of them are impatient to go home," he said.

Saifuddin also thanked the Cambodian government specifically Prime Minister Hun Sen who gave a special approval to free the Malaysians and all quarters in that country who were involved in freeing them.

He also expressed his appreciation to two senior officers from Wisma Putra, the consular division secretary and the Legal Division chief who had gone to the Banteay Meanchey detention centre, the Sarawak government, and Julau MP Larry Sng who also assisted in the issue.

All the 47 Malaysians were reported to have been detained at the Banteay Meanchey regional prison for allegedly cheating, opening and conducting illegal online gambling activities.

They had allegedly entered the country after being cheated with a job offer which purportedly offered lucrative salaries.

"Insya Allah, if everything goes well, they are expected to arrive tomorrow at 10.30am.

"There have been various discussions and I thank all those involved for their efforts,” she told reporters after a Malaysian-China Chambers of Commerce Chinese New Year event today.