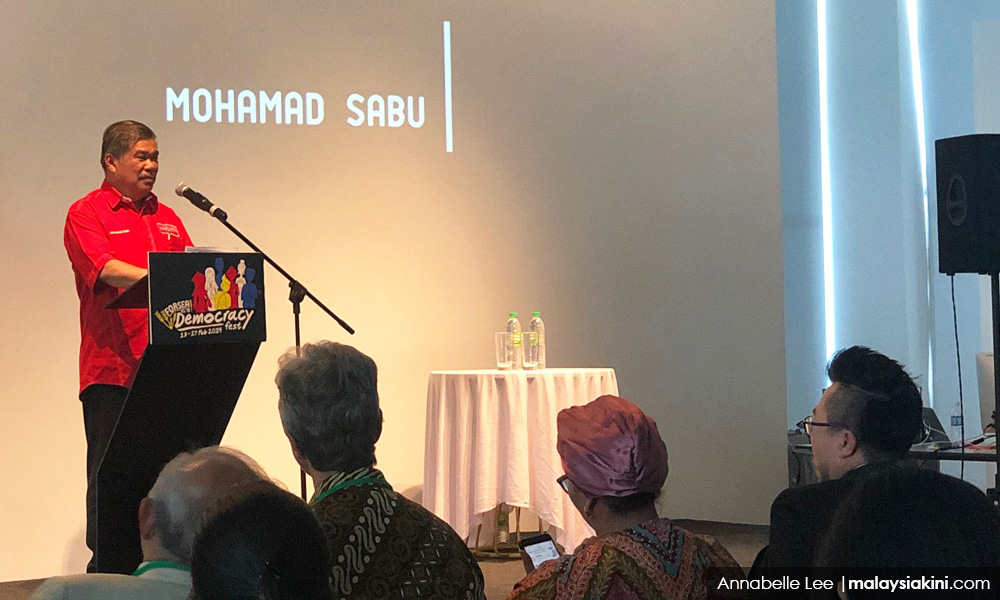 Defence Minister Mohamad Sabu has pleaded for the rakyat to be patient towards Pakatan Harapan ministers.

Speaking at the Democracy Festival 2019 in Kuala Lumpur today, Mohamad pointed out that many of his fellow cabinet members had no prior experience in governance, and that they are learning on the job.

“Let me be honest with you, (in) the new government of Malaysia, the majority of the ministers are all freshies.

“They were, less than a year ago, either 'street fighters' or members of the opposition in Parliament. They neither have the experience of governing, nor the ability to fully manage an administration.

Mohamad, himself a first-time minister, added that defending Harapan’s win in the 14th general election was an “important but complicated” undertaking.

However, he stressed the importance of translating regime change to material change for the people the ground.

“Democracy is not just a concept, but also needs to experienced by the rank and file, Mr and Mrs Ordinary, the makcik and pakcik. Or else democracy is just Greek to them.

“Democracy will not mean anything to the rakyat if (Harapan’s) win on May 9 does not bring any changes to their lives,” he said.

The NGO believes in working with communities from Southeast Asian nations to struggle for democratic social change in the region.

mohamadsabu
Related Reports
Does Harapan really want to control Mahathir?
a year ago
Pakatan Harapan must return to its roots
a year ago
Survey: Support for Harapan in Semenyih dips below 50pct
a year ago
Admission of ex-Umno MPs doesn't augur well for Harapan
a year ago