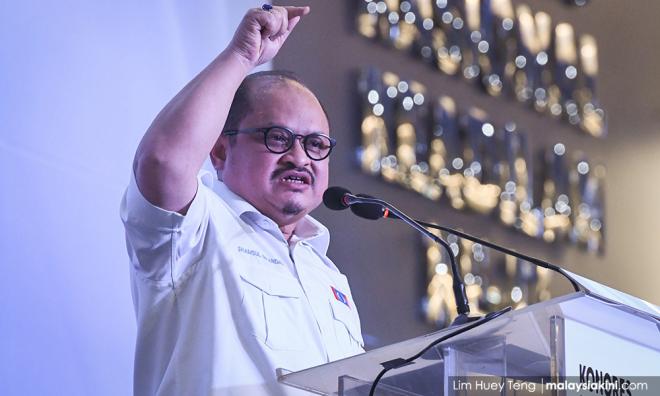 Top leaders of Pakatan Harapan component parties are urged not to issue statements that indicate disunity to the extent of giving a negative picture to the people, especially voters in the Semenyih by-election, for the state constituency.

Shamsul Iskandar, who is also deputy primary industries minister, said on the contrary, all problems or issues that arose should be resolved amicably using internal channels available.

“At times, there were one or two leaders within the Harapan component parties who issued statements reflecting as though there was no consensus among the leaders concerned and such things should be monitored.

"Thus I appeal to the top leaders of the Harapan component parties to refrain from issuing statements which reflect that there is no unity in the party,” he told reporters after a Gotong-Royong Programme Against the Dengue Epidemic at Taman Paya Dalam in Malacca today.

Earlier, he spent more than two hours observing the dengue epidemic area at the housing estate which had recorded 27 cases within 20 days until today compared with only nine cases previously.