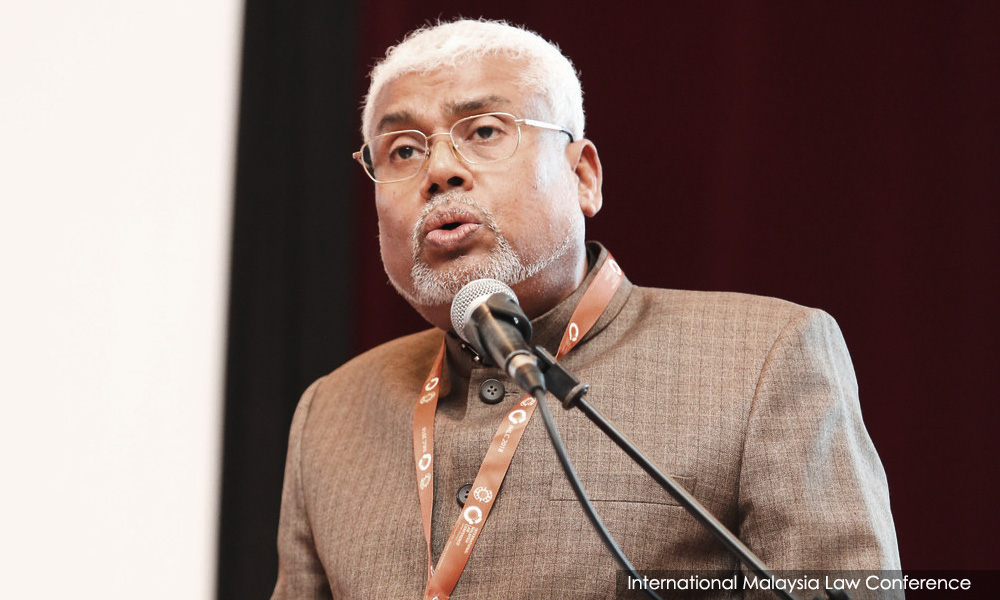 The officers were seeking to record Hamid's statement regarding an affidavit he filed last week in which he alleged that members of the judiciary conspired to defraud the government.

However, Hamid – represented by lawyers Mohamed Haniff Khatri Abdulla and Joy Appukuttan – refused to provide any information to the agency.

Haniff, when met outside the Palace of Justice in Putrajaya today, said that his client will only speak to a special taskforce to convene a royal commission of inquiry.

He said the special task force should be formed to investigate complaints regarding the judiciary and its members should comprise a retired judge, a person from the Attorney-General's Chambers and another professional.

"Hamid will decline to provide information to the MACC or police on the matter until a taskforce and an RCI is formed," the lawyer said, adding that the taskforce would be a precursor to the RCI.

Haniff said Azam wanted further information regarding the revelations made in the affidavit to which the judge declined.

The lawyer stressed the MACC was not there to take a statement, but to gather information.

In a statement later, the MACC confirmed that it had met Hamid regarding his affidavit.

“In the meeting, no statement was recorded by the MACC and Hamid proposed setting up a special taskforce aimed at initiating an RCI.

“The MACC will study the information in the affidavit and continue investigations if there are bases for issues related to corruption and abuse of power in accordance to laws under the MACC Act 2009,” it said.

It urged members of the public to go the nearest MACC office if they had information on the matters contained in the affidavit and such informants would be accorded protection under the Whistleblower’s Act 2010.

It was previously reported on Friday that Azam was quoted to have said that the MACC wanted to gather further information to see whether there were elements of corruption.

Haniff said Hamid and him shared the view that a taskforce with the aim of having an RCI was the best way to resolve the problem in the judiciary.

"The investigations should be free of the police and the MACC to ensure there is proper action.

"If there is a taskforce formed, it would be open to the public to come and give information and the body would then compile the information and form a list for the RCI to look into," he said.

hamidsultanabubacker
Related Reports
Possible judicial meddling in redelineation challenges - Bersih
a year ago
Judicial interference - Nik Nazmi lodges report on PAA conviction
a year ago
RCI the best forum to shed light on alleged judicial misconduct
a year ago
No silence, we've always called for RCI - Bar on judicial 'interference'
a year ago