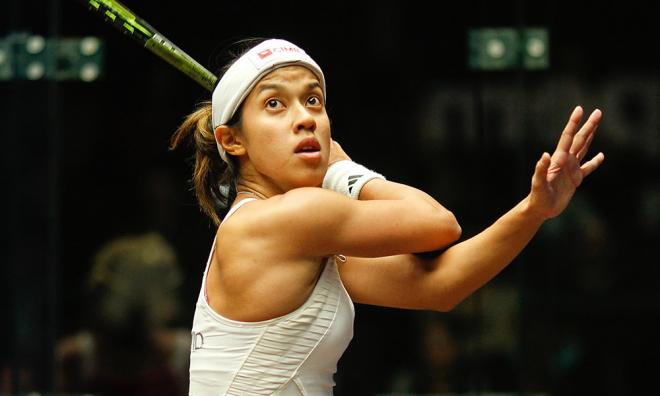 Eight-time world squash champion Nicol David has declared she would be retiring in June, at the end of the 2018/2019 season, after a celebrated career spanning over two decades.

Announcing her pending retirement on Twitter, David, who has earned the monicker the squash queen of Malaysia, stated she was "happy and excited".

"I’m truly happy and excited to be sharing with everyone that I’m retiring in June.

"I’d like to thank everyone for supporting me and all your love in the last 20 years and it's time for new and exciting opportunities to come," she posted early this morning.

She was reported to have said in a statement that this was her last season as she had just one "last big push left".

“This is a moment that every athlete must go through – to explore fully on what more there is in store for them. I am now at this point in my life, ready to take on more beyond the pro tour.

“This decision has been thought through for quite some time and I do know this is my last season. My mind and body have battled it out to stay at the very top of my game for such a long time, that I feel that I only have this last big push left for the final season to give it all I have before I enter the next phase of my life," she was reported to have said yesterday.

Since making her debut at the British Junior U14 Open in 1996 at the age of 12, the Penangite and former world number 1 had won numerous titles and accolades, including a record unbroken 109 months at the top ranking, eight individual world titles and multiple junior titles - she's the first player to win two world junior titles back in 2001 - as well as a horde of medals at the Asian, Commonwealth and World Games.

She was voted greatest female squash player in history last year in a Professional Squash Association (PSA) poll, where her legacy within the women’s squash scene was described as "one of epic proportions".

The 36-year-old, currently ranked 21 in the PSA world ranking, has been inducted into the World Squash Federation ‘Hall of Fame’ in 2011. She is the first active player in the history of the sport to be accorded such a honour.

She was also one of the youngest to be conferred a 'Datukship' in her home state of Penang back in 2008.

David has stated that she would continue to contribute to the sport by working with the PSA, empowering young women in the sport through her Nicol David Foundation, and sharing her story ‘Nurturing Belief’ through a series of talks and writing.