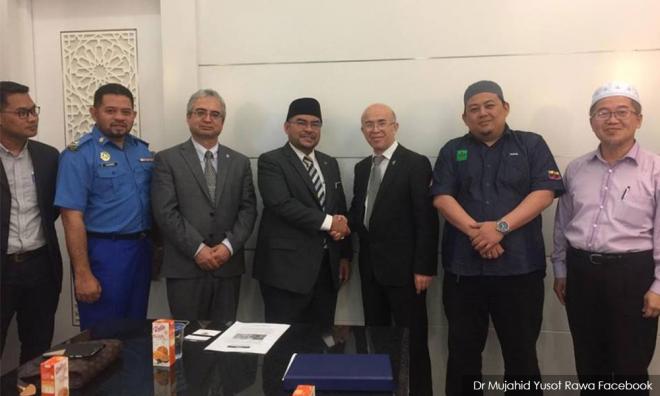 Beijing has accused the two movements of being involved in the separatist movement.

In a Facebook posting yesterday, Perak MCA Public Services and Complaints bureau chief Jimmy Loh criticised the minister, who oversees Islamic affairs, for intervening in a foreign nation's domestic problems while ignoring the plight of Malaysians.

“I hope Malaysia does not become a tool for others. It would be a disgrace,” he added.

According to Wikipedia, the World Uighur Congress comprises exiled Uighur groups that aspire to "represent the collective interest of the Uighur people" both inside and outside of Xinjiang, China.

Beijing has been criticised over the mass detention and strict surveillance of the mostly Muslim Uighur minority and other Muslim groups who call Xinjiang home.

China had denied the existence of the so-called "re-education" facilities for months, before describing them as vocational training centres designed to combat religious extremism.

Mujahid had posted photos of his meeting with the groups' leaders on his Facebook on Jan 14.

Among others, he said one of the leaders had asked the Malaysian government to raise the plight of the Uighurs.

Malaysiakini has contacted Mujahid's office for comment regarding Loh's criticism.