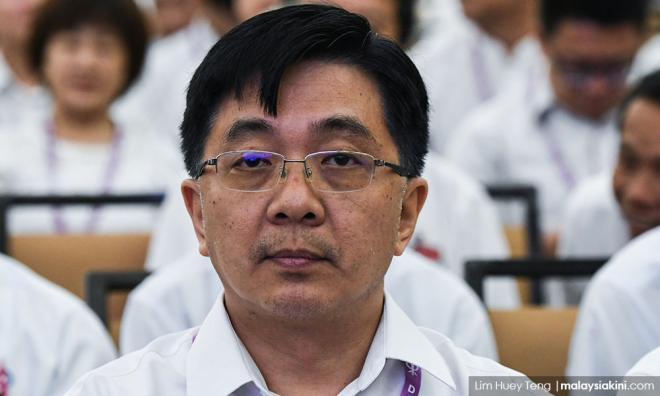 Johor DAP committee member Dr Boo Cheng Hau argued that his call for Prime Minister Dr Mahathir Mohamad to step down is no different from the latter asking the nation's first premier Tunku Abdul Rahman to do so in 1969.

He was responding to Bersatu supreme council member Muhammad Faiz Na'aman, who described Boo's remarks as “insolent” and “treacherous”.

However, the DAP leader argued that asking a leader to resign is a democratic right.

“I strongly advise him (Muhammad Faiz) to avoid using sweeping terms like 'treacherous' and 'insolent' for criticising anyone at all, to show his maturity of democratic politics, without repeating the old Umno's 'holier than thou' culture by labelling others.

“I have respected Mahathir's resilience as a senior politician... even though I have never fancied his ideological values. Mahathir himself and Umno Youth called for Tunku's resignation too, which should be taken as part-and-parcel of democracy,” he added in a statement today.

In his latest statement, the former Skudai assemblyperson said many of Mahathir's policies from his first tenure as prime minister continue to be perpetuated under the current administration.

Furthermore, he claimed that many of Mahathir's statements are damaging to Harapan's credibility.

Boo also said there is a possibility that Bersatu might form another coalition with Umno and PAS.

“Bersatu has accepted Umno members by breaching Harapan's consensus to stop party-hopping that has encouraged corruption and money politics,” he added.

In addition to this, Boo claimed that Mahathir's “personal deal” with PAS president Abdul Hadi Awang was not discussed in the Harapan presidential council.

“Therefore, no Bersatu leader is fit to tell anyone what the proper channels are to reprimand leaders. It also shows that Bersatu is not committed to the institutional reforms promised,” he added.

“Because that is what they are paid for by the taxpayers. The backbenchers' complete silence towards the government's misdeeds is damaging to the newborn democracy,” he added.