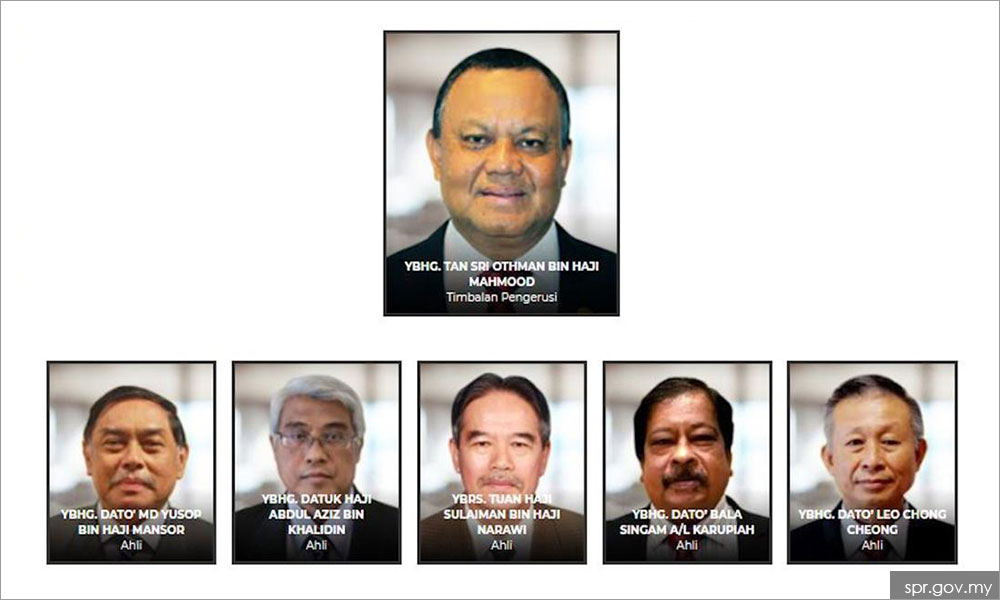 The lawyers of four former Election Commission members facing a tribunal for alleged wrongdoing during the last general election have voiced their objection to follow-up hearing set for Feb 28.

It was confirmed earlier today that the tribunal had sent out a notice requesting all involved parties to be present for attorney-general Tommy Thomas' oral submission on whether the tribunal is academic.

Read more: Tribunal on ex-EC members: AG to submit whether academic or not

The notice had also been sent to the two other former EC commissioners accused of wrongdoing, K Bala Singam and Leo Chong Cheong.

In their joint statement, the lawyers said they were opposed to the follow-up hearing as the AG was allegedly abusing the process of the tribunal.

This is because lawyer M Puravalen, who was appointed by the AG to assist the tribunal, said on the first day of proceedings that it had been rendered academic as all six commissioners had resigned.

"The AG should appear in person before the EC tribunal to account for his act and conduct in refuting the legal submissions made by Puravalen during the hearing," the lawyers said.

Thomas had earlier argued that the matter was not academic, and said the resignations of the former commissioners were to deliberately frustrate the investigations of the tribunal.

tommythomas
electioncommission
Related Reports
Tribunal on ex-EC members: AG to submit whether academic or not
a year ago
Ex-EC chief not included in tribunal due to early resignation, says source
a year ago
Tribunal to probe ex-EC members is valid, political aide argues
a year ago
Apologise over 'shameful' tribunal for ex-EC commissioners, lawyer tells AG
a year ago