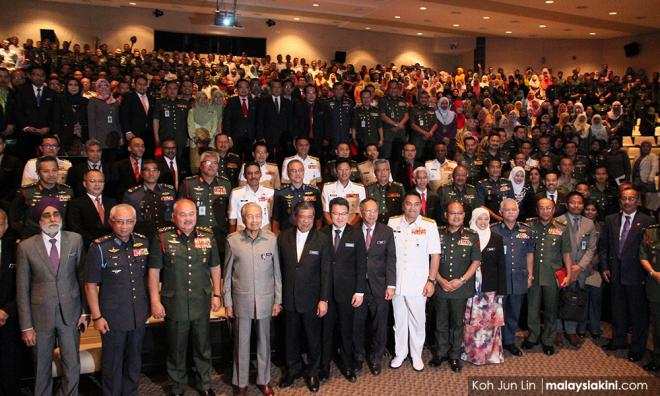 Dr M: Civil service too big, but hard to downsize

Prime Minister Dr Mahathir Mohamad has opined that the size of the civil service is too big and ought to be reduced.

However, he added that shrinking the civil service would result in additional problems.

He said when he stepped down as premier in 2003, there were only one million civil servants, but now the figure has grown to 1.7 million, not including “off-budget” entities whose staff are being paid by the government.

“By using information technology, computers, and so on, we could reduce this size. But if we reduce the size, there would be unemployment problems and this would cause social problems for us.

“So, we need to develop our country, in manufacturing for example, so that more of our people could switch from working for the government to working for the private sector, and raise their earnings above that of an ordinary government officer.

“I am of the view that the size of the civil service is too big and needs to be reduced,” he said.

He was speaking at a dialogue session with Defence Ministry personnel at the ministry’s headquarters in Kuala Lumpur today.

He was asked by a navy officer to share his views about downsizing the civil service.

According to a press release circulated by the ministry, some 600 civilian and military personnel from the Defence Ministry attended the session.

The visit was Mahathir’s first visit to the ministry's headquarters since becoming prime minister for the second time.