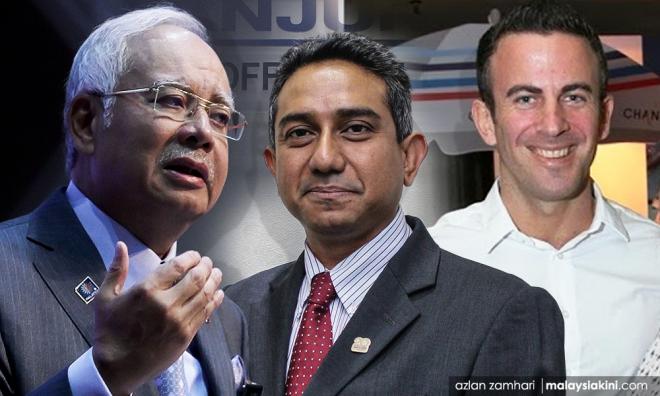 Former prime minister Najib Abdul Razak today declined to divulge the source of the RM15 million paid to his former media adviser Paul Stadlen because the matter was now in court.

"It is now a (court) case. We will explain when the time comes. I have written about it. Refer to that," he told a press conference in Bangi today.

On Wednesday, Najib's lawyer Hafarizam Harun was charged in court on allegations of laundering RM15 million.

Hafarizam was alleged to have received two cheques from Najib between April 2014 and Feb 2015. Najib has said the money was payment for Stadlen's services.

An arrest warrant has been issued against Stadlen, who is believed to be abroad. Prosecutors want the former head of Apco Worldwide's Malaysia office to stand trial alongside Hafarizam.

In a statement to Malaysiakini yesterday, Najib dismissed the criminal action against Hafarizam and Stadlen as being politically motivated.

He said Stadlen was paid the RM15 million, which he stressed was not from government funds, for "several years of work."

"That is why both Hafarizam and Stadlen have been charged with the same RM15 million amount as these are the same funds.

"Hafarizam was not paid RM15 million by me, but (the money was) kept in his firm's trust account," he said.