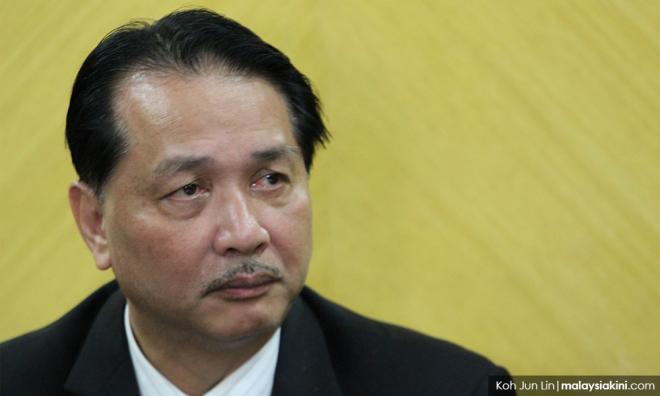 A 25-month-old boy died two days ago in Johor Bahru, believed to have been due to diphtheria infection, said Health director-general Dr Noor Hisham Abdullah.

He said the child was never given any immunisation since birth and had begun to develop fever, cough and swollen tonsils on Feb 16.

He said the boy was taken to a hospital emergency unit on Feb 18 in poor condition and was admitted to the pediatric intensive care unit for respiratory assistance and given an antitoxin injection.

"Unfortunately, the child could not be saved and on Feb 21, he succumbed to severe diphtheria with multiorgan failure," he said in a statement today.

He said that a throat swab specimen showed the presence of Corynebacterium diphtheriae bacteria and the Ministry of Health (MOH) was waiting for laboratory results to determine the presence of diphtheria toxin.

Noor Hisham (photo, above) said diphtheria is caused by Corynebacterium diphtheriae bacterial infection, which affects the mucous membranes of the throat causing the tonsils to swell. This might further lead to bacteremia complications (blood infections) and endocarditis (heart infection) and organ failure, which in turn could be fatal.

"MOH has taken steps to curb the spread of the infection (diphtheria) including actively conducting inspections in the residential area where the case was reported, giving immunisation and health education briefing," he said.

Meanwhile, screening tests conducted on family members and those who had been in contact with the child showed that they have not been infected, said Johor Health Department director Dr Selahudden Abdul Aziz.

He said the screening tests which were also conducted on doctors and staff of the hospital were to ensure that the disease was not spread to others.

"The Johor State Health Department is also monitoring the situation to prevent the spread of infection," he said here, today.

At the same time, Selahudden called on parents and guardians not to ignore the importance of immunisation to protect against several childhood diseases.

“"Diphtheria can be prevented if the child is immunised. So, parents are advised to follow the immunisation schedule and complete the course," he said.

Noor Hisham said since January this year to date, there was only one confirmed case of diphtheria in Malaysia.

He said last year, 18 cases with five deaths, involving children below 10, were reported in the country and in four of the five fatalities the victims were not given immunisation.

Noor Hisham advised the public to always be aware of infectious diseases such as diphtheria, measles, mumps and pertussis, which could be prevented with immunisation.

"Immunisation is a safe and effective way of protecting your children from infection and failure to provide immunisation will not only expose them to infections but will also be harmful to others," he said.

He called on parents who have yet to vaccinate their children to come forward and to ensure that they were given immunisation according to the schedule set by the Health Ministry.