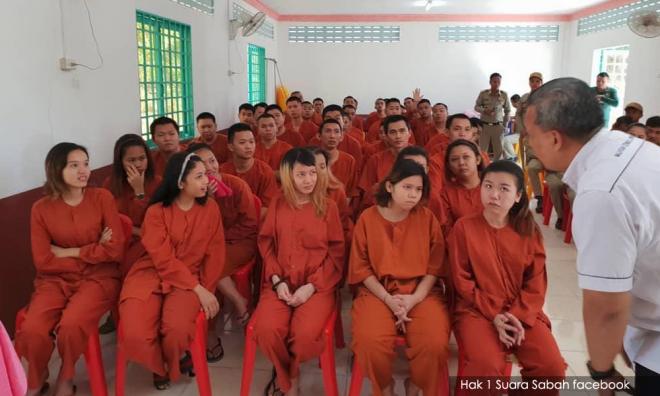 It has been confirmed that a suspect was arrested in connection with the cheating case involving 47 Malaysians who were detained in Cambodia.

“Further investigation is underway and if investigations cannot be completed within 24 hours, the suspect will be brought to the Magistrate’s Court in Kuching tomorrow for remand application under Section 117 of the Criminal Procedure Code,” he said in a media statement today .

To date, 23 people, 18 men and five women have come forward to lodge police reports on the case.

Recently it was reported that the 47 Malaysians were detained in Cambodia since Dec 11 last year on charges of cheating, initiating and carrying out illegal online gambling activities.

All 47 were released after it was found that they had been duped by a job agency syndicate.