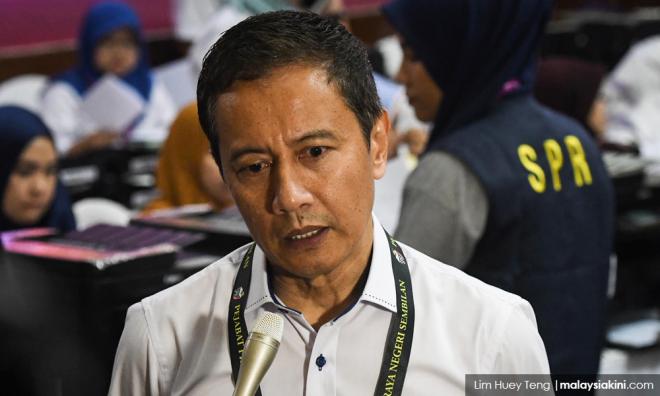 EC to hold by-election for Rantau within 60 days

The Election Commission will hold a by-election for the Negeri Sembilan seat of Rantau within 60 days from today, says EC chairperson Azhar Azizan Harun.

According to Azhar, the EC had already received confirmation from the Federal Court Registrar’s Office under Section 36(3) (a) of the Election Offences Act 1954 declaring the election result for the Rantau state seat as null and void.

Azhar added that the EC will hold a special meeting to set a date for the by-election.

In last year's general election, acting Umno president Mohamad Hasan won uncontested when his Pakatan Harapan rival Dr S Streram was barred from entering the nomination centre for not having a pass issued by the EC.

On May 23 last year, Streram filed a petition to have Mohamad’s victory declared invalid.

In the petition, he named the former Negeri Sembilan menteri besar, Rembau returning officer Amino Agus Suyub and the EC as defendants.

In her judgement, Election Court judge Azimah Omar said there was no law requiring a pass for candidates, proposers and supporters to submit nomination forms.