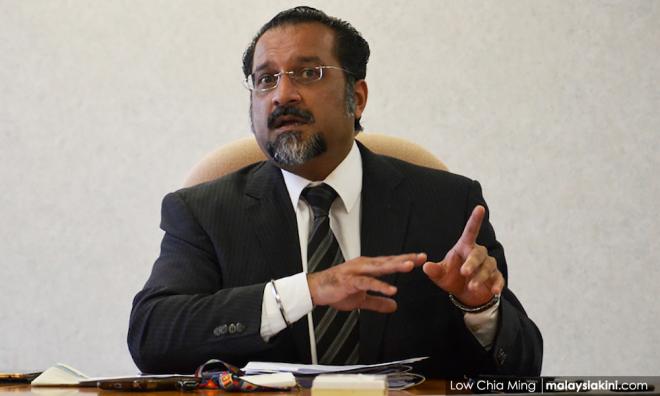 Families in 18 units at the Taman Manggis flats along Jalan Burma in Penang are being evicted for not being eligible to occupy the government rental flat.

The units are rented out to families who belong to the hardcore poor category at a nominal rate of RM100 per month.

According to a government source, Penang has little tolerance for those who are “overqualified” for such units meant for the hardcore poor.

"These are usually families who earn beyond the income limit; some are found to be earning about RM5,000 to RM6,000 monthly, have big cars, while others were found out to have rented the units to foreigners," the source, who requested anonymity, told Malaysiakini.

According to the source, the affected residents were given ample notices, the latest was in October last year, to vacate their units or face eviction.

However, several residents insisted they were not given early warnings to find alternative housing, and the opportunity to move out their belongings.

Since yesterday, the affected units were padlocked after the families were forced out by enforcement officers.

As a temporary measure to resolve the issue, Komtar assemblyperson Teh Lai Heng said the State Housing Department has agreed to allow those affected another seven days to relocate.

"They have to clear out of their units by next Wednesday, 10am," Teh said.

Taman Manggis hogged newspaper headlines in the run-up to the 2013 national polls when BN accused the state government of selling land set aside for public housing.

Located at the junction of Jalan Zainal Abidin and Jalan Burmah in George Town, the 18-storey low-cost flats, sized 650 sq ft each, is home to 320 households.

During a similar incident in Padang Tembak last June, Housing, Town and Country Planning exco Jagdeep Singh Deo (photo above) had said that the Penang government provides various units of public housing for those from the lowest income category.

Claiming that there were hundreds on the waiting list, Jagdeep said it would be unfair to allow those who do not meet the criteria to go on living in such units.

The Penang government, he added, had formed a committee under the State Housing Department in 2012 to ensure only those who are qualified get approval for the homes.

"To ensure only those who are qualified get their application for the units approved, the condition the applicants must fulfil include earning a salary not more than RM500 per month per household.

"Other conditions are for applicants to be Malaysians and not to have any arrears in payment of rental for the units," Jagdeep had said.

According to Jagdeep, since he became exco for housing in May 2013, there have been many applicants found who failed to meet the stated criteria.