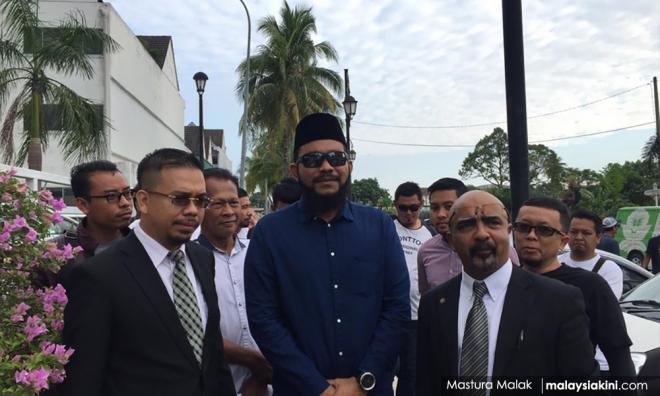 Blogger Papagomo pleaded not guilty in the Magistrate’s Court in Kajang today to two charges in connection with the alleged assault on Youth and Sports Minister Syed Saddiq Syed Abdul Rahman during nomination for the Semenyih state by-election two weeks ago.

Papagomo, whose real name is Wan Muhammad Azri Wan Deris, 36, and an Umno Youth executive council member, made the plea after the charges were read out before magistrate Fadzilatul Isma Ahmad Refngah.

He was charged with intending to insult the modesty of the minister by saying to him “ko bodoh" (you are stupid), and with voluntarily causing hurt on Syed Saddiq.

Both the offences were allegedly committed by a roadside at Persiaran Impian Perdana, Saujana Impian, at 11.05am last Feb 16.

The prosecution, conducted by DPP Siti Noor Hafizan Zakaria, offered bail at RM30,000 in one surety, but lawyer Nik Saiful Adli Buhari, representing Wan Muhammad Azri, requested for a lower bail, saying that his client only ran a small business and had five children and a wife to support.

Following which, the court set bail at RM8,000 in one surety and also ordered Wan Muhammad Azri to report himself at the nearest police station once a month.

The court April 1 for mention.