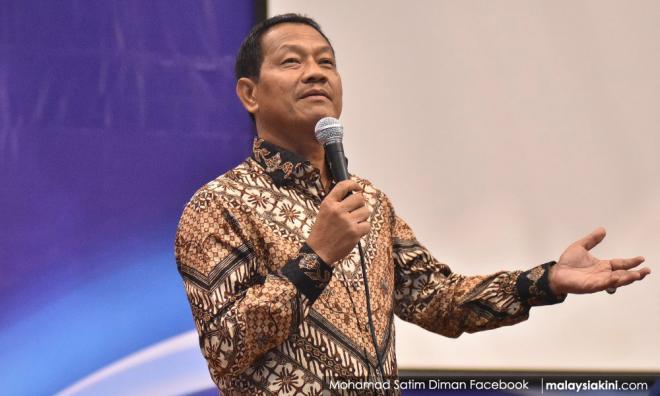 Sorry but is it wrong for Umno, PAS to unite over deaths? - BN man asks

Former Selangor opposition leader Mohamed Satim Diman has apologised "if" his remarks on the deaths of Pakatan Harapan assemblypersons had become a sensitive matter.

He said his words were not aimed at anyone in particular and that he was merely trying to emphasise the silver lining of such incidents.

"I said (their deaths) was divine fate, so learn from it. Listen to my video properly.

"It was divine fate, and so happened it was Harapan assemblypersons who died.

"And the silver lining when this happens is that PAS and Umno can unite, stop fighting, and cooperate. Is that wrong?

"I did not mean to aim (my remarks) at anyone, but if it has become something sensitive, then I humble myself and apologise," Satim was quoted as saying by Sinar Harian.

During his speech in Semenyih last night, Satim rued the defeat of BN candidates in the previous by-elections in Selangor.

"He (Allah) is giving a warning. Firstly, BN lost in Sungai Kandis. It is okay because (people) had not seen the light. Then it came to Seri Setia, but BN lost too.

"Allah said, 'Are Muslims not getting it yet?' Then there was Balakong, but (people) still did not understand.

"If (people) don't understand, then I will give you Semenyih'... Allah said, 'I'll cause a death here'.

"If (people) still cannot understand this, I don't know what to say," added the Puchong Umno chief.