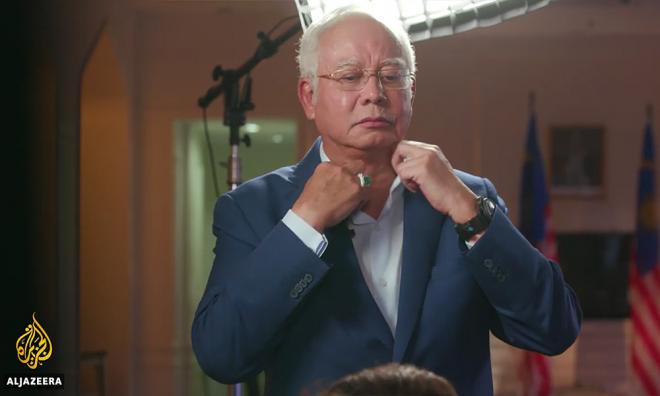 I’ll walk out of interviews but not on my people, says Najib

Former prime minister Najib Abdul Razak is unperturbed that the infamous Al Jazeera interview during which he walked out on has bagged an award in the UK.

"I have no problems walking away from a foreign reporter as long as I do not walk away from my people," Najib said on Facebook today.

The interview, conducted by Al Jazeera's Mary Ann Jolley in October 2018, was awarded interview of the year by UK's Royal Television Society.

Najib had walked out when being grilled about his relationship with fugitive businessperson Jho Low...