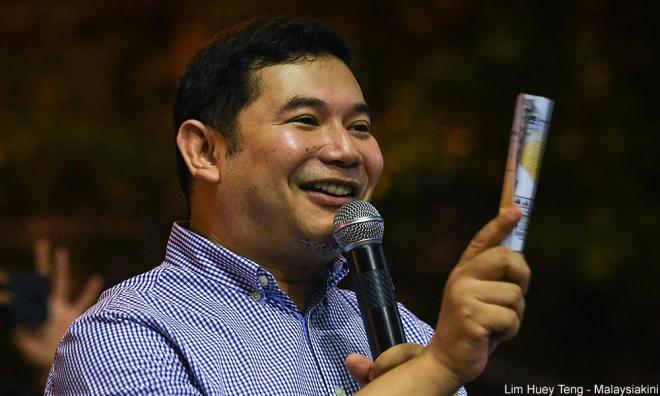 In a Facebook posting this afternoon, the PKR vice-president detailed how he had cracked the case.

According to him, the 10-digit Bank Islam account number stated in a confidential letter published by Rewcastle-Brown this morning was part of a 14-digit account number.

The chartered accountant-turned-politician said he discovered the rest of the digits by making comparisons with the account numbers on other Bank Islam cheques.

The PKR leader also named the account holder. Malaysiakini learned that the person heads a GLC.

Malaysiakini is attempting to contact this individual, who is described as an old-time friend of PAS president Abdul Hadi Awang.

Earlier today, Rewcastle-Brown confirmed that Hadi had paid her RM1.4 million to settle his defamation suit against her, which was filed in London.

"Some friends checked the account number which is being shared (on social media) by trying to transfer RM5 and RM1, and the account doesn't exist," he said on Facebook.

However, Rewcastle-Brown's lawyer Americk Sidhu told Malaysiakini that the cheque was written in front of him and that it had cleared into the Sarawak Report editor's account.

Hadi had sued the London-based Rewcastle-Brown over an article published in Sarawak Report that PAS received RM90 million from Umno during the leadership of former premier Najib Abdul Razak in exchange for the Islamist party's support in the last general election.

Earlier last month, Hadi and Rewcastle-Brown agreed to settle the case out of court.

Both PAS and Najib have denied the RM90 million allegation, which is now the subject of an MACC investigation.