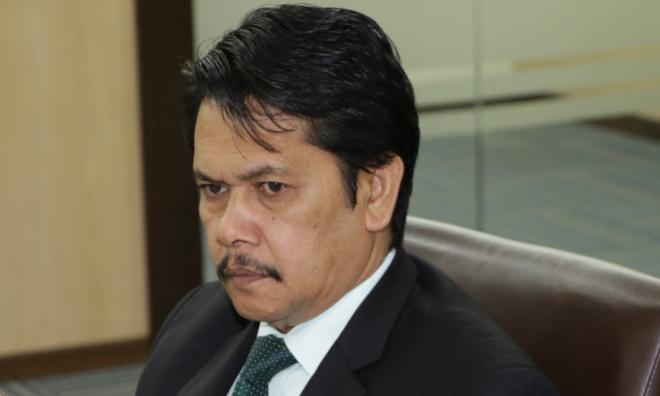 The National Registration Department (NRD) has confirmed that P Prasana Diksa's identity card details were not illegally amended, as claimed by a group known as the Indira Gandhi Action Team (Ingat).

"According to our investigations, the NRD found that there were no amendments made to the personal records of the child concerned.

"Any amendments on the records of any individual can only be made by the individual or by a eligible next-of-kin," said Mohammad Razin (photo, above).

In view of this, he said the allegations by Ingat had tarnished the name of the department.

"NRD is demanding that Ingat apologises for slandering us. If an apology is not forthcoming, legal action will be taken against the group," he said.

Ingat had claimed on Feb 23 that Prasana Diksa's identity card was amended on the basis that her details could not be found in the Education Ministry's school records.

Prasana Diksa's mother, Indira Gandhi, had alleged in an MACC report that the NRD, Home Ministry and former home minister Ahmad Zahid Hamidi were responsible for tampering with the identity card records.

Prasana Diksa was taken away by her father Muhammad Riduan Abdullah in 2009 following a custody battle with Indira Gandhi.

Although the courts ultimately ruled in favour of Indira Gandhi's custody claims, the police have yet to be able to locate Prasana Diksa or Muhammad Riduan, who has been wanted by the police since 2014.