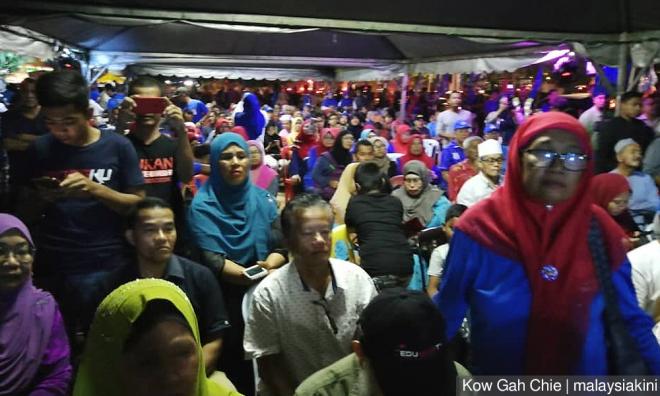 Lokman: Problem with AG is that he was Chin Peng's lawyer

Speaking to about 400 people in Taman Pelangi, Lokman said the main problem with Thomas was the fact that he once a lawyer for Communist Party of Malaya (CPM) secretary-general Chin Peng.

He also claimed that the former Yang Di-Pertuan Agong had tried to avoid swearing Thomas in as attorney-general.

"That was because he didn't want Thomas [...] because he was the lawyer for Chin Peng (who is the) communist leader. We don't care if he (Thomas) is Christian and Indian.

"It doesn't matter [...] however if he was brave enough to represent Chin Peng, it means he is a little sympathetic or is leaning towards the communist ideology.

"Can we promote communism? Do communists believe in Islam?" he asked his audience.

Lokman said because Thomas had communist inclinations, prosecutors were slow in taking action against those who insulted the Prophet Muhammad.

"There were only arrests after we held demonstrations," he claimed.

"Don't forget, we have two individuals, Najib (Abdul Razak) and (Ahmad) Zahid (Hamidi) who were charged even before investigations were completed. Am I right?" he asked.

Apart from Lokman, other speakers at the event were Najib and former Kemaman MP Ahmad Shabery Cheek.