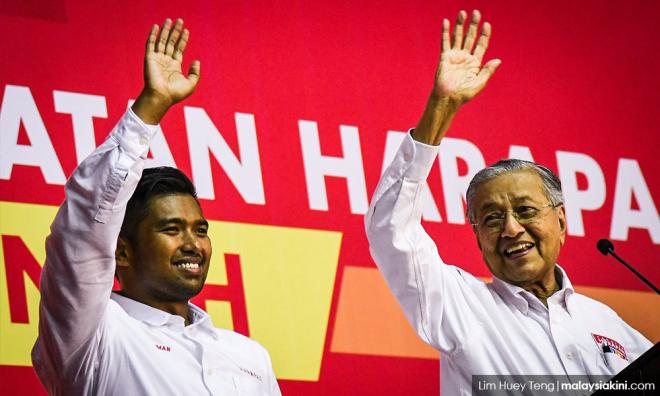 The polls are wrong, Harapan to retain Semenyih

Win or lose, the Semenyih by-election today will not be a referendum on the government of Pakatan Harapan regardless of their flaws and foibles. But Semenyih will go to Harapan hands down later this evening.

With up to 68 percent of the voters there coming from a Malay background, a campaign like "Apa Malu Bossku" will not be the game-changer that the BN is hoping for.

First and foremost, the whole campaign is clownish. By-elections may have a funfair-like aura and atmosphere with trinkets and tokens being handed out.

But the essence of any by-election is determined in the last seven days of the campaign, which former opposition stalwarts like Lim Kit Siang and incoming prime minister Anwar Ibrahim are both familiar with. Thus, they exposed the financial shenanigans of PAS and Umno over the past week.

Anyone in Semenyih who has taken a bottle of water or a packet of rice from charitable entities connected to BN knows for a fact that what they received was only a pittance compared to what the politicians got; up to RM90 million allegedly paid out to PAS with seven of the top nine politicians in PAS already under investigation by the MACC.

Secondly, why should Semenyih be the quark or the stray atom of the whole country all of a sudden? Semenyih is barely a few tens of kilometres from the heart of Kuala Lumpur and, in fact, Putrajaya.

Not unless the voters in Semenyih want to tweak the whiskers of the proverbial tiger in Putrajaya, they will vote for Harapan; perhaps with a reduced majority but they will still root for the government, especially with the transition from Prime Minister Dr Mahathir Mohamad to Anwar Ibrahim remaining intact.

Thirdly, Semenyih has seen what development can do when its votes and values are consistent with the government. Like it or not, Semenyih is not a rural or semi-rural outback but the locale where the University of Nottingham's Malaysian campus is located.

The University of Nottingham in Semenyih hasn't pulled out either. This is a top UK university ruined only by its one alumni connection - former prime minister Najib Abdul Razak who is now facing trial for various criminal breaches of trust linked to SRC International and 1MDB.

Finally, Semenyih has Malay voters who understand that it isn't easy to run a government, especially when some civil servants or administrative officers may not necessarily be toeing the government line.

"Apa Malu Bossku?" is a testament to the little Napoleons in the current government who are trying their level best (or worst) to choke the government of Pakatan Harapan.

Besides, just because BN won in Cameron Highlands which has a large percentage of Orang Asli voters, it does not mean the same dynamics will prevail in Semenyih.

The Malays and the other ethnicities in Semenyih are savvy voters. They will recoil from the silly campaign of a former prime minister whose image has been sullied.

All said, Harapan to win Semenyih but with a reduced majority so it has to buck up. The people are indeed the Boss.

PHAR KIM BENG is a head teaching fellow on China and the Cultural Revolution at Harvard University.