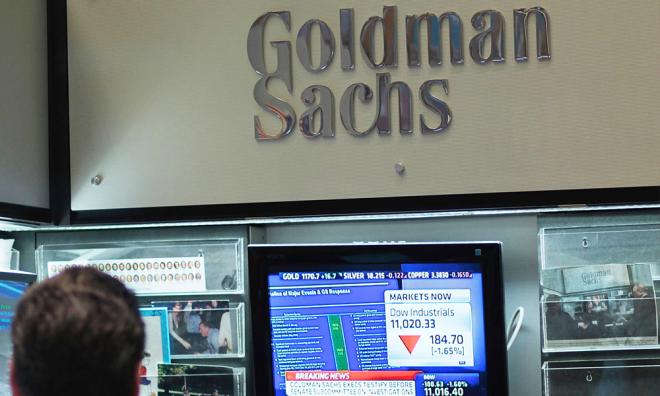 Goldman facing up to US$9b in fines over 1MDB, say experts

Goldman Sachs Group Inc could face fines of up to US$9 billion (RM36.7 billion) for its role in the 1MDB scandal, say experts.

They said that while business activities are unlikely to be suspended, the scandal has also been weighing heavily on Goldman’s stock price for months.

Since November, Goldman’s “underperformance represents about US$12 billion (RM48.9 billion) of lost market cap, which we attribute largely to 1MDB concerns.” While many investors may view Goldman shares trading at tangible book multiple as a buying opportunity, “we view it as appropriate", Horowitz and Shao said.

Goldman’s shares have experienced a decline of about 13 percent since the end of October, more than rival Morgan Stanley’s 8 percent drop.

Horowitz and Shao said that “Goldman shares are probably fairly valued now, given the continued overhang".

Perceptions about Goldman’s compliance structure are key to the magnitude of the fine, Horowitz and Shao said.

“If regulators view this more as an isolated incident and believe Goldman has an effective compliance programme, consistent with Goldman’s stated position, then the fine would be on the lower end of the range.”

They said that investors may have initially downplayed the severity of the scandal as they believed the issue would be isolated to the conspirators and have limited direct impact on Goldman itself.

That changed when news of a potential connection to Lloyd Blankfein, alleging the then-CEO attended meetings with Lho Taek Jho (also known as Jho Low), began to surface on Nov 8, they said.

Goldman’s share price fell 11 percent over the next two trading days as the market factored in the implications of its involvement in the scandal.

Horowitz and Shao noted Goldman’s assertion that Blankfein does not recall any one-on-one meeting with Low, and the bank has not “seen any record to suggest such a meeting occurred".

Goldman Sachs is currently being investigated by the Malaysian authorities and the US Department of Justice (DOJ) for underwriting and arranging three bond sales that raised US$6.5 billion (RM26.5 billion) for 1MDB.

Two former Goldman Sachs bankers, Tim Leissner and Roger Ng, were charged in the US last year in connection with the 1MDB scandal.