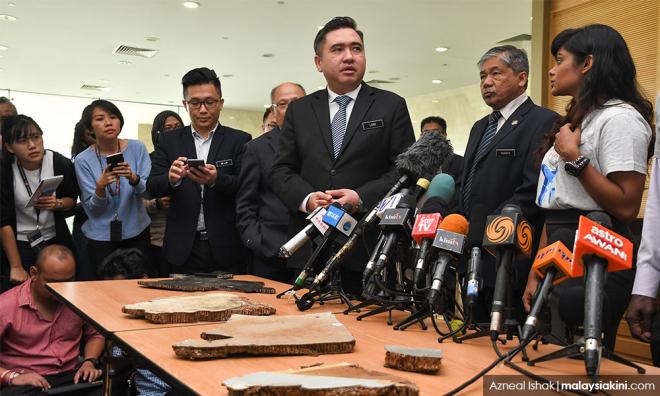 Putrajaya ready to back firms in finding missing flight MH370

Flight MH370, carrying 239 people, became the world’s greatest aviation mystery when it vanished on its way from Kuala Lumpur to Beijing on March 8, 2014.

Malaysia and China, as well as Australia, called off a two-year, A$200 million (RM576.85 million) underwater search in the southern Indian Ocean in January 2017 after finding no trace of the aircraft.

Malaysia was prepared to reward firms searching for MH370 under a “no cure, no fee” agreement, meaning payment would be made only if they located the aircraft, Loke said.

The government had offered Ocean Infinity up to US$70 million (RM285 million) under such an agreement for its 2018 search.

“If there are any credible leads or specific proposals.... we are more than willing to look at them and we are prepared to discuss with them the new proposals,” Loke told reporters at a Kuala Lumpur event marking the fifth year of MH370’s disappearance.

Ocean Infinity had expressed interest in another search, citing new technology developed in the past year, but had not yet put forward a fresh proposal, according to Loke.

“If they can convince us that the new technology can be more efficient in terms of the search, then we are more than willing to restart,” Loke said.

A spokesperson for Ocean Infinity did not immediately respond to an emailed request for comment.

More than 30 pieces of debris, believed to be part of the MH370 plane, have washed up along the Indian Ocean coastline, but only three were confirmed to be from the aircraft.

Two of those fragments went on display at Sunday’s event, the first time such pieces have been open for public view.

The parts, currently in the custody of the Malaysian government, include a wing fragment found in Tanzania measuring about 4.27m, the largest piece of debris found so far.

Families of those aboard the plane hoped displaying the debris would help the public understand their loss and spur efforts to continue searching for the aircraft, according to Grace Nathan, a lawyer whose mother Anne Daisy was an MH370 passenger.

“Because this piece, which is only a small part of the wing, is very large, it puts into perspective how large the entire plane was,” she told Reuters ahead of the event.

“To think of it, I can’t believe this little piece of the plane travelled thousands and thousands of kilometres through the ocean to Africa over the span of two years. And I can’t help but wonder, where is my mother?”