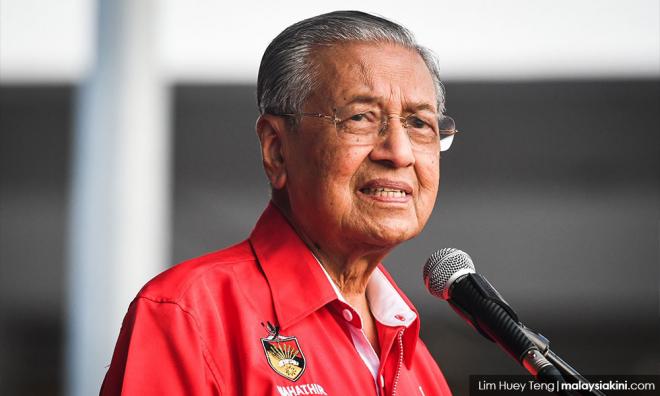 COMMENT | Election watchdog Bersih has filed four police reports against Pakatan Harapan and BN relating to the setting up of pondok panas (campaign booths) at one polling station, canvassing for votes at four polling stations and party members, as well as supporters, loitering around polling stations.

These offences are violations of the Election Offences Act 1954. Kudos to Bersih for their meticulous monitoring of the Semenyih by-election. It remains to be seen how the Election Commission deals with these alleged offences and what penalties will be meted out to the offenders. Nonetheless, Bersih seems to have missed the biggest election offence of all during the Semenyih by-election.

Monitoring the media coverage of the by-election, I would have to say that the worst election offence was committed by none other than the Prime Minister Dr Mahathir Mohamad himself when he told the people of Semenyih they will squander their votes if they support BN in the Semenyih by-election. He said this at a ceramah in Semenyih:

"The promises of the opposition parties will only remain a promise because they will not be realised as (BN is) no longer in power."

Mahathir elaborated by saying that the coalition and its predecessors had "not been able to do anything" while being the opposition, despite voicing out for the past 60 years.

In other words, such discrimination against opposition-held constituencies is perfectly “normal” because it was the long-standing practice under the reign of BN 1.0, during which Mahathir was prime minister from 1981 to 2003.

This is a clear declaration of intent that if BN won the by-election, the people of Semenyih will have no hope of seeing promised services and development.

Is this a statement that supports the practice of “free and fair elections” that Bersih has long fought for and Pakatan Harapan had apparently endorsed on the way to “save Malaysia” in GE14? Is this the “dirty politics” alluded to by Bersih in its demands?

In fact, this threat of withholding development to opposition voters is not only a crude example of banana republicanism, but a serious violation of the Malaysian Federal Constitution.

We would remind the prime minister that after GE14, he professed total commitment to the rule of law. Well, under Article 8 of the Federal Constitution:

(5)(d) This Article does not invalidate or prohibit any provision prescribing residence in a State or part of a State as a qualification for election or appointment to any authority having jurisdiction only in that State or parts, or for voting in such an election…”

More fundamentally, the right to development is a sacrosanct human right endorsed by the United Nations.

The right to development

Under Article 1 of the UN Declaration on the Right to Development, 1986:

“1. The right to development is an inalienable human right by virtue of which every human person and all peoples are entitled to participate in, contribute to, and enjoy economic, social, cultural and political development, in which all human rights and fundamental freedoms can be fully realised. The human right to development also implies the full realisation of the right of peoples to self-determination, which includes, subject to the relevant provisions of both International Covenants on Human Rights, the exercise of their inalienable right to full sovereignty over all their natural wealth and resources.”

The prime minister needs to be reminded that the people voted for a “New Malaysia” and not “BN 2.0”. We expect a new political culture that does not tolerate “dirty politics” involving discrimination against voters who vote for the opposition; that respects the rule of law, especially the constitutional provisions for equality of all citizens before the law, and that upholds the United Nations Declaration on the right of all peoples to all our natural wealth and resources.

What will the Election Commission do about these election offences?

We expect the newly-minted election commissioners to have an opinion on this fundamental issue regarding free and fair elections in our country and to state what they intend to do about this serious election offence by the prime minister.

We hope that such threats of withdrawal of development and services against voters who may vote for the opposition never again be repeated in any future election in our country. Such threats should be outlawed and penalised in the election legislation of this country.