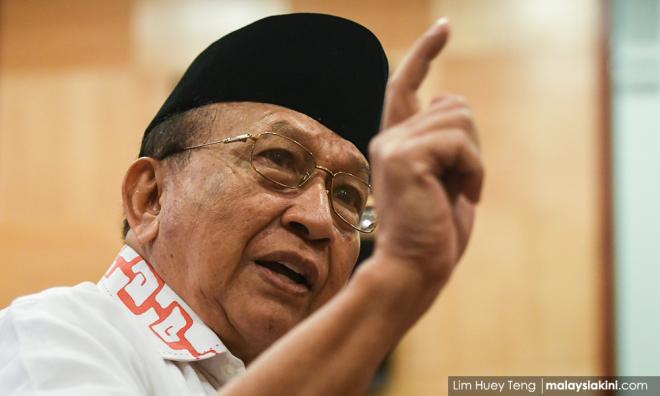 For Malays to focus on 'corrupt' Najib, DAP's image must be softened: Rais

"The DAP issue and (Najib's) corruption case surged together. And because of the Malays strong emotions and sentiments towards DAP, the cases against Najib get no attention.

"It (Najib's corruption) is only on the sidelines," Rais was quoted as saying by Utusan Malaysia today.

He was commenting on whether anti-DAP sentiments among Malays were the cause of Harapan's loss in the Semnyih by-election on Saturday.

Najib - who is facing 41 charges of corruption, money laundering, and criminal breach of trust - was credited by BN as one of the factors why the coalition had won back the seat.

Rais said Malays in Semenyih could not accept "careless actions" or DAP's presence in Malay villages.

"Harapan's homework is to soften DAP's image, so any racial sentiments and careless actions by DAP can be more realistic for the things they say," he said.

It is unclear what he meant by careless actions.

Malaysiakini estimates that Harapan received 37.73 percent of the Malay vote during the by-election, down from 44.25 percent during the 14th general election.

As for BN, Malaysiakini estimates its Malay support level to be at 59 percent, up from 35.33 percent during GE14.

However, this can be attributed to PAS supporters voting for BN this time around.

Meanwhile, Rais said Harapan must also listen to criticism from the opposition, such as on their policy of a congestion charge replacement for tolls.

He said they must explain their policies better.