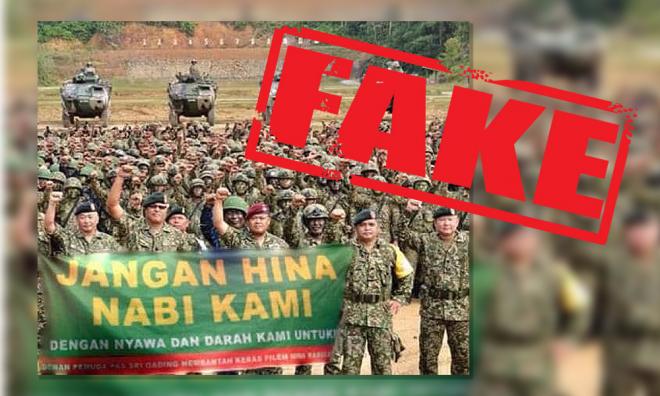 The Malaysian Armed Forces (ATM) said a photograph showing its personnel holding up a banner that read "Don't insult our Prophet" was doctored and advised people against using it as a propaganda tool.

"ATM denies the action as the circulated photo was manipulated and doctored," the armed forces' Public Affairs Division.

It added the matter would be investigated and followed by appropriate action.

"ATM urges people not to circulate the image to avoid misunderstanding in society. Certain quarters are advised not to use the name of the armed forces in negative propaganda for personal interest or that of certain groups," it said.

They have also threatened to organise mega-rallies if action was not taken.