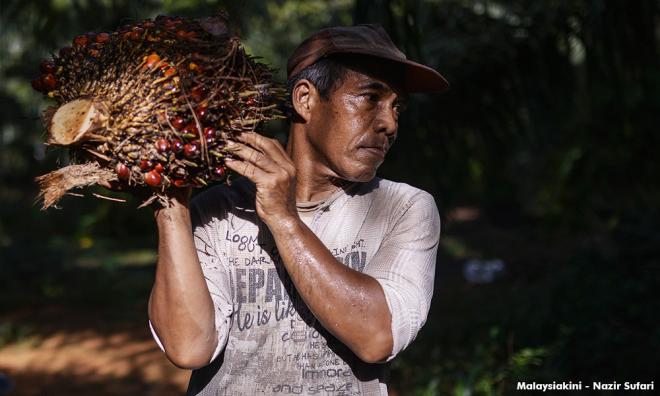 Crop-friendly weather over the last few months in top palm oil producers Indonesia and Malaysia will help drive up output of the edible oil, traders and industry players said, underscoring forecasts of record production for 2019.

But reduced usage of fertiliser, labour shortage and older trees in Malaysia could limit growth in output of the commodity, used in products ranging from soap to biofuels.

Record production from the two Southeast Asian countries, which account for over 80 percent of global output, would pressure benchmark prices that recently came off seven-month highs.

“The weather in Malaysia and Indonesia has been favourable: ample rain and sunshine while not much flooding which damages FFBs,” said a Kuala Lumpur-based trader, referring to fresh fruit bunches of palm.

Reuters polls earlier this year predicted record palm output in Southeast Asia in 2019, with Malaysia’s production seen rising to 20 million tonnes, while Indonesia was forecast to churn out 43 million tonnes.

A return to more regular harvesting is also set to stoke output gains in 2019, after delays last year when some mills were struggling to process record inventories of crude palm oil.

“Where we had delayed (harvesting) rounds last year, we are now recovering, especially in Indonesia’s estates. So this adds to production,” said a Malaysia-based planter.

“But bear in mind that many companies last year cut fertiliser applications due to low (palm) prices, especially Indonesian companies with tight cash-flow, so we will see the effects at the end of this year.”

All sources declined to be identified due to the sensitivity of the issue.

In Malaysia, factors like an older age-profile for its trees, a labour shortage and a lack of new planting area are also expected to limit output-growth, said analysts, although younger trees and maturing areas in Indonesia will help make up for that.

“There is improving quality of palm plantations, and also a younger tree age-profile in Indonesia,” said a Singapore-based trader.

“We should mirror 2018 production trends ... (but) better it in absolute terms.”

Meanwhile, leading palm industry analyst Thomas Mielke said on Monday that Indonesian production of the commodity was seen at 43 million tonnes in 2019, while Malaysia’s output was expected to hit 20.1 million tonnes.