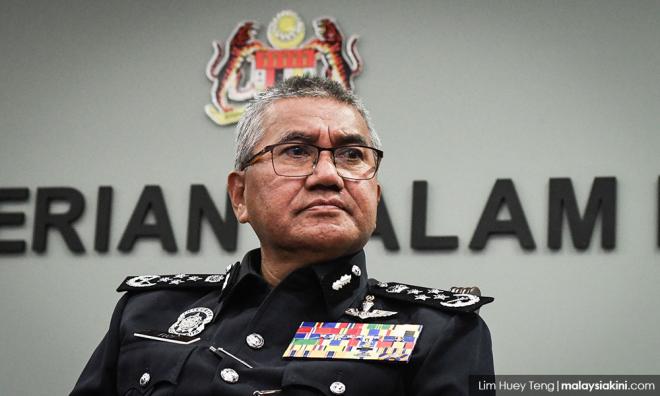 The police have detained three people and are on the hunt for one person over the insulting of Islam and Prophet Muhammad and his wife, Aisyah, said Inspector-General of Police Mohamad Fuzi Harun (above).

He said one suspect was detained in Labuan on Sunday. The 29-year-old man is on remand for four days until Thursday to assist in the investigation.

“This suspect had made an insulting comment on the Facebook account named ‘Bakakuk’ and, as of today, the police have received 15 reports on it,” he said in a statement today.

Fuzi said the second suspect, a 22-year-old man, was detained in Bau, Sarawak, and is also on remand for four days until Thursday.

Fuzi said the third suspect, a 52-year-old man, who used the Facebook account "Yazid Kong", was detained in Petaling Jaya yesterday and the application for his remand will be made today.

He said the fourth suspect, a 43-year-old man who made the offending comment on a Twitter account, is believed to be in Kuala Lumpur and the police are on the hunt for him.

Fuzi said that as of today, the police had received 929 reports across the country on these cases, and opened 16 investigation papers on cases connected to insulting Islam.

He said all the cases were being investigated under the Penal Code and the Communications and Multimedia Act 1998.

“The public is advised not to misuse social media or any communications network by uploading or sharing any form of provocation which touches on religious and racial sensitivities.

“The act of challenging and insulting the beliefs or religion of any community, which can create racial tension among the multi-cultural people of this country, must stop immediately,” he said.

He said stern action will be taken against anyone who ignores this.

He had uploaded a caricature which insulted the Prophet’s marriage to Aisyah, which angered Muslims.

He was released on police bail.