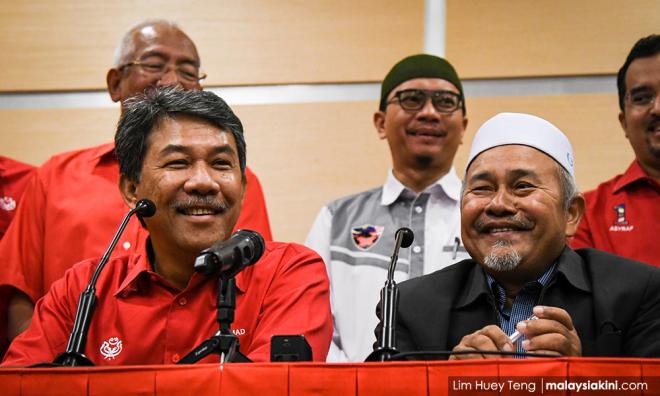 COMMENT | PAS, if one goes by its original history, began as a religious unit in Umno.

Research by the likes of Deputy Defence Minister Liew Chin Tong, when he was enrolled as a BA student in Australian National University, revealed that one of the founders of this unit was the father of former prime minister Abdullah Ahmad Badawi. In this sense, PAS came from the umbilical cord of Umno in 1946.

PAS, being PAS, decided to split from Umno, ostensibly to be more religious. PAS, being PAS, also tried to suckle on the teats of Umno, when PAS spiritual leader Nik Abdul Aziz Nik Mat, a stellar scholar, passed on in 2014. Between 2015 and 2018, some RM90 million ringgit allegedly had changed hands.

In Islamic laws, when a baby suckles from another mother, she or he is banned from marrying into the family of that suckling mother. Syariah law prohibits it.

Anwar Ibrahim, the incoming prime minister, found out about it and exposed the matter. Yet, the revelation did not reach the voters in Semenyih in time. Thus, the by-election victory in Semenyih has emboldened PAS and Umno to do what Islam has always gone against: to legalise what is illegal.

Money is like milk and honey in politics. Once PAS has taken from a corruption-ridden party like Umno, there is only one logical outcome: PAS is corrupted too.

The political marriage of PAS and Umno is nothing but sheer incest. It involves two corrupted kin marrying each other to close the shame of what had already been shameful.

The phrase "Malu Apa Bossku?" is the culmination - and confirmation - of this illegal union of cohabitation. By taking it any further, PAS and Umno would be engaging in a sickening act of licentious cohabitation, that runs against the rules of Maqasid Al Shariah.

In Maqasid al Shariah, the bloodline of the progeny is supremely important. Thus, under the rules of Ahl Sunnah wa al-Jamaah, all the jurists agree that "talak" (divorce) can only be declared once every month for three consecutive months before the marriage can be annulled. This is to prevent a divorce that is announced when a woman is pregnant.

Umno and PAS appear ready to produce an illegitimate child of their political marriage of convenience. When they use their worst predatory instincts to produce an Islam and Malay nationalism that neither can understand, they will only renounce and denounce each other by 2023, if not earlier.

Malaysia, under British or Islamic family laws, is against incest. PAS and Umno have crossed the line many times over to narrow their own gene pool. This gene pool will produce two clusters of followers.

Members of PAS and Umno confuse blind "asabiyah" with true loyalty, and "jahiliyah" (ignorance) with sheer "ibadah" (worship). There is nothing more sinful than "shirk" in Islam, which is to conjoin God with other beings. PAS and Umno will just become a conjoined entity based on their common acquired taste for larceny, corruption, luxury and lies.

Pakatan Harapan was not built in a single day. Nor will it be destroyed by a single illegal union. If anything, PAS and Umno have made Harapan stronger, not necessarily in each by-election, but every single general election to come. Why?

Harapan can win in any seat where PAS and Umno produce a single, yet flawed candidate. The more hypocrisy and shameful list of candidates PAS and Umno procure, the more Harapan will hit back at this incestuous marriage.