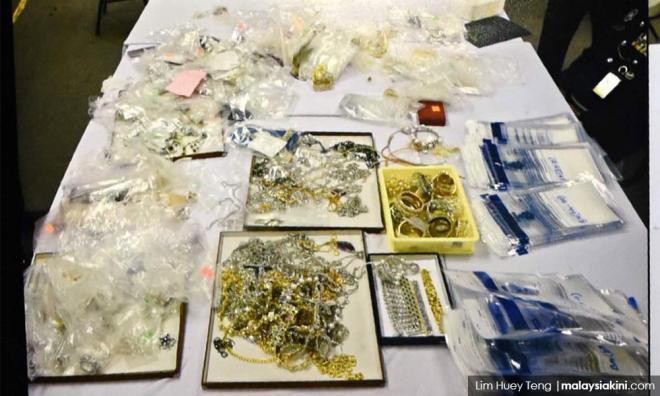 The investigation into items related to the 1MDB case must be completed on or before May 16, Inspector-General of Police Mohamad Fuzi Harun said today.

He said this was because the police only had until the date to hold onto the items, and after that, they would have to go through certain processes, including recommendations from the court before proceeding with the investigations.

"We have taken note of the duration of the investigation (on the seized items) and it is necessary to comply with the court process, and complete it on or before May 16.

"After that date, any proposal will go through certain processes, including (recommendations) from the court," he said during a press conference in conjunction with the presentation of service excellence awards at the Bukit Aman senior officers mess today.

In May last year, the police seized a number of items and documents from an apartment believed to be owned by Najib Abdul Razak at the Pavilion Residences in Kuala Lumpur.

On June 27 last year, former Bukit Aman CCID director Amar Singh reportedly said the total value of the items seized in connection with the 1MDB case was between RM900 million and RM1.1 billion.

Asked on efforts to locate controversial businessman Low Taek Jho or Jho Low who is linked to the 1MDB investigation, Fuzi said the police was still working with international counterparts over the matter, including China.

Without revealing details, he said several officers were still hard at work on the case.

"There are many who have said Jho Low is in China, but we have yet to ascertain it, as discussions (with Chinese officials) are still ongoing," he said.

On Jan 10, Prime Minister Dr Mahathir Mohamad said the government would continue its efforts to locate Jho Low, although it wouldn't be easy.

Jho Low was identified by Malaysian and US investigators as the main person of interest behind the alleged embezzlement of billions of dollars from 1MDB.