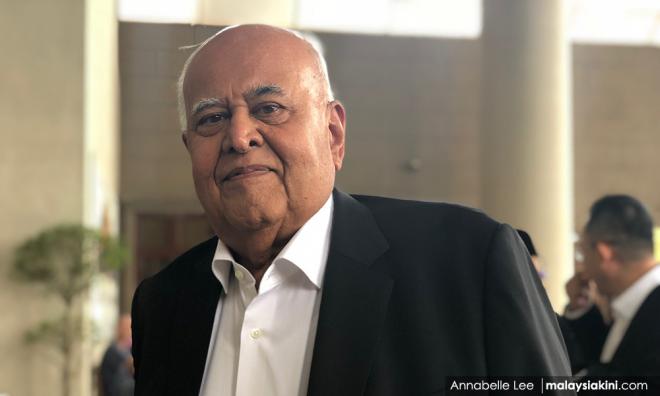 The 1983 amendment to the Dangerous Drugs Act which imposes a mandatory death sentence on those convicted for drug trafficking is unconstitutional, the Federal Court heard today.

Lawyer Gopal Sri Ram said the amendment removed the court’s discretion to impose either life imprisonment or death sentence for the offence.

"The power to pass sentence and to determine the measure of punishment were both part of the judicial power.

"The judicial function must be exercised by the judiciary and not by Parliament," he told a nine-man bench in the appeals by three foreign nationals challenging the mandatory death sentence imposed by the High Court.

Sri Ram said the removal of the discretion by the legislature amounted to interference in judicial function and went against the doctrine of separation of powers.

He also argued the amendment to the act had reduced the court's discretion to a mere "rubber-stamping" exercise.

Peruvian Jorge Crespo Gomes and South Africans Letitia Bosman and Benjamin William Hawkes were separately convicted and sentenced to death by the High Court between 2015 and 2016 for trafficking in drugs.

All three lost their appeals at the Court of Appeal.

Between 1975 and 1983, judges were given the discretion to either impose the death penalty or life imprisonment after finding an accused person guilty of drug trafficking.

The government amended the law two years ago to give the court the option to either impose the death sentence or life imprisonment, but subject to certain conditions by the public prosecutor.

This new law came into effect on March 15 last year.

However, the three foreigners cannot benefit from the new law because it does not have retrospective effect.

At the hearing of the appeals today, Sri Ram, who represented the foreign nationals, also submitted that the Federal Constitution only allowed a court to take life in accordance with the law.

He said the death penalty was not a commensurate punishment for all drug cases.

Lawyer Abdul Rashid Ismail, who was also appearing for the foreign nationals, submitted that Malaysia is the only country in the Commonwealth still imposing the death sentence for drug trafficking offences.

He said the reason for the mandatory death sentence being imposed was because the drug menace was serious and a threat to the security of the nation.

He said it was the duty of the court to pass sentence according to the law as it stood.

The bench chaired by Chief Justice Richard Malanjum reserved judgment to a date to be fixed.