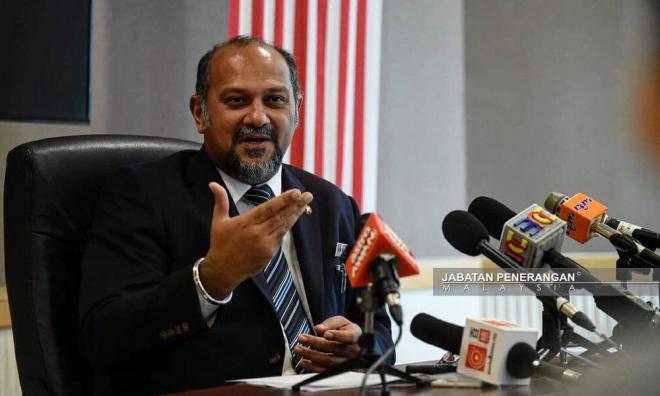 The government will play the role of listening, accepting proposals and assisting media industry players when the Malaysian Media Council (MMC) is set up, probably by this year, said Communications and Multimedia Minister Gobind Singh Deo.

Gobind said he was "happy" that the process of setting up the council was almost completed and he would meet the prime minister's special advisor on media and communications Kadir Jasin on the matter.

"I have asked the media industry to meet and come up with suggestions. This shows that we (government) want to get the media players to set up the council and come to us, and discuss the needs.

"This is how the government will play a role,” he told reporters after closing the Parcel Drone Competition at the Putrajaya Water Sports Complex today.

Replying to a question on whether the government would give an assurance that there would not be any government representative in the media council set-up, Gobind said he would hold discussions with Kadir on the suggestions gathered and on the council's model.

Gobind said he would hold a press conference on the council after he gets a report from the veteran journalist.

Last week, Kadir was quoted as saying that the Pakatan Harapan government was pleased to see positive progress in the establishment of the MMC which is imperative but the government would not be involved in the process.

MMC is a self-regulatory body that could set high standards for the media community to help build and maintain trust in the industry and act as an arbitration body between the public and the media in the interests of all Malaysians.

On the status of Chinese telecoms giant Huawei Technologies Co Ltd on developing its 5G network infrastructure in Malaysia, Gobind reiterated that the Malaysia Communications and Multimedia Commission (MCMC) was currently conducting studies to look into the security aspects.

"We are aware of the complaints made and the concerns raised. We are looking into the matter. When they are ready with the report, our ministry will make an announcement on this matter," he said.