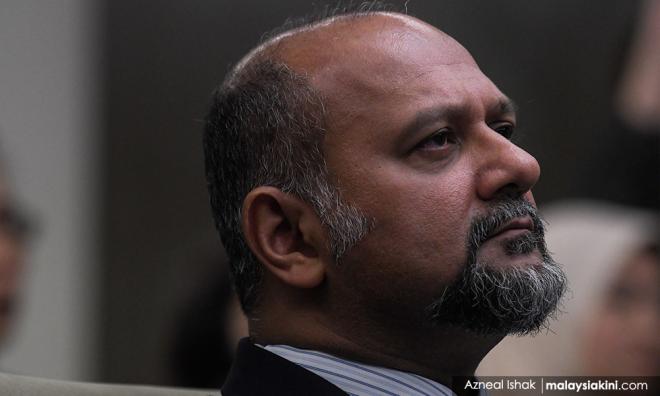 MCMC may be authorised to remove negative posts on social media

He said this was among the measures discussed in line with the government's intention to enact legislation addressing the abuse of social media.

The minister said the matter was still being discussed with the relevant parties and the new legislation was expected to be tabled at Parliament by July at the latest.

“The government is still studying the possibility and making amendments to the existing law so that it will be more effective in addressing issues of racism, religious hate crime and offensive messages on the monarchy. These are among the aspects we are looking into now.

“We are looking at how we can give the MCMC the power. I hope the new legislation can be tabled at the next Parliament session (which is to begin on Monday) or the following session (in July),” he told reporters after attending the closing of the Malaysian chapter of Safer Internet Day 2019 celebrations today.

To a question whether the National Cyber Security Policy had something to do with the formulation of the new legislation, Gobind said: “The policy is different as it encompasses the country's next moves and direction in addressing new challenges in the era of the digital economy.”

“Whereas the legislation encompasses issues of social media abuse just like the existing provisions under the Communications and Multimedia Act 1998 and other relevant laws but the policy implementation is wider,” he said.

Earlier, in his closing speech, Gobind said a digital citizenship concept would be introduced to promote good behaviour and accountability in the use of digital technology.

He said this was very important as extreme internet usage could cause Internet users to become addicted to the extent of threatening their physical and mental health, as well as being vulnerable to cyber threats such as online fraud, cyber harassment, identity theft, cyberbullying and spam which could lead to financial loss and damage.

“Realising the existence of this problem, the government is planning to create a system based on the digital citizenship concept with the support of CyberSecurity Malaysia,” he said.

On the Malaysian chapter of the Safer Internet Day celebration, Gobind said the ministry had been taking various measures and initiatives to tackle the issues of cybercrime while promoting the use of the Internet with integrity in the most positive, ethical and civilised manner.