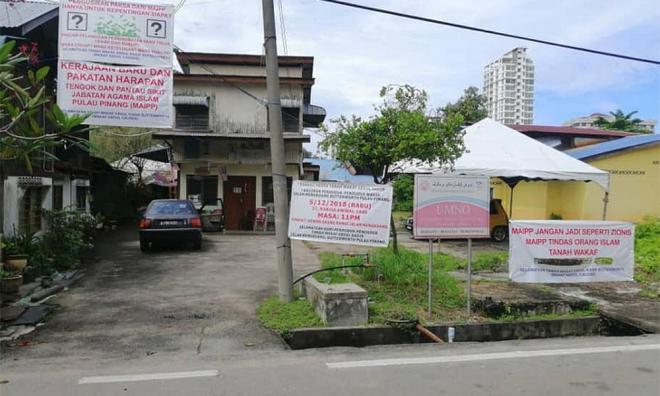 “I am now in Manila for a three-day official visit. Earlier, I was informed of the problem faced by the residents on the endowment land in Butterworth through a video of a gathering there.

“I have instructed my officer to go there and monitor the situation,” he said on his Twitter account today.

Mahathir, who began his visit to the Philippines yesterday, also uploaded a photograph of him viewing the video of the incident.

A policeman suffered a fractured leg while a Penang Islamic Religious Council (Maipp) worker was injured after being attacked by five men trying to stop the houses on the endowment land from being demolished.

Seberang Perai Utara District Police chief ACP Noorzainy Mohd Noor said the five men were among 11 people, including six women aged between 18 and 50, arrested for trying to obstruct the demolition work this morning.

Several Maipp staff had gone to the location at about 9 am to start demolishing the houses but had to postpone it after being obstructed by several residents in the area. - Bernama