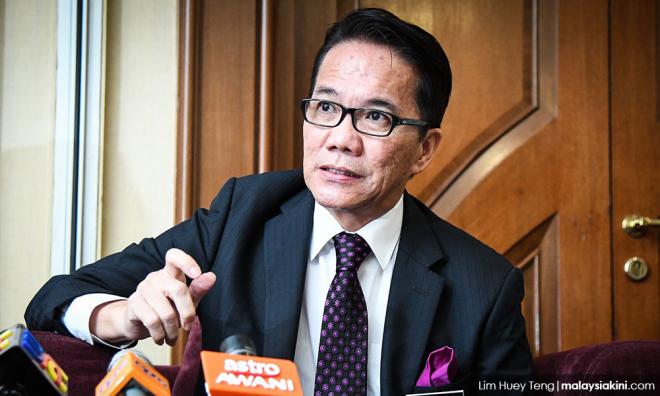 This is one of the options being considered by the government, De Facto Law Minister Liew Vui Keong told The Malaysian Insight.

The options are firstly the total abolition of the death penalty.

Thirdly, there is no abolition, but only more discretion given to judges over the imposition of the death penalty.

He said the government will keep its word that the death penalty would no longer be mandatory for crimes stipulated under eight laws.

“These scenarios are all still under consideration at the moment,” said Liew, adding that the ministry has engaged various stakeholders on the issue.

Liew had said last month that the cabinet will make a decision on the tabling in Parliament of the proposal to abolish the death penalty before the Dewan Rakyat convenes.

In the case of drug-related convictions, the minister in the prime minister’s department said that judges may be required to find four conditions to reduce a sentence from death to life imprisonment.

The public prosecutor must issue a certificate declaring that the convict had cooperated with authorities.

Liew highlighted that the fallibility of court decisions was a factor in his seeking the death penalty abolition.

Saying that the feelings of victims’ family members were also a strong factor, he added that error of judgment could lead to innocent people being sent to the gallows.

He cited instances in the American judicial system where convicts were set free after DNA evidence exonerated them of capital crimes, such as murder

Liew said currently there are 1,281 death-row inmates including 923 drug traffickers.

"Some of them are just mules. They are not really the syndicate members, and yet they are on death row," he said.

He said a person on the death row has to write his appeals for at least 10 years before the execution order is signed by the Agong or the Tuanku of the respective state.

"It would take years. He would suffer. He would have nightmares and he would have a difficult life inside because he has lost all his freedom.

He said all these factors must be taken into consideration when a decision is made on the abolition of the death penalty.

Last October, Liew stated that the death penalty was going to be abolished, but the government's decision provoked an emotional response.