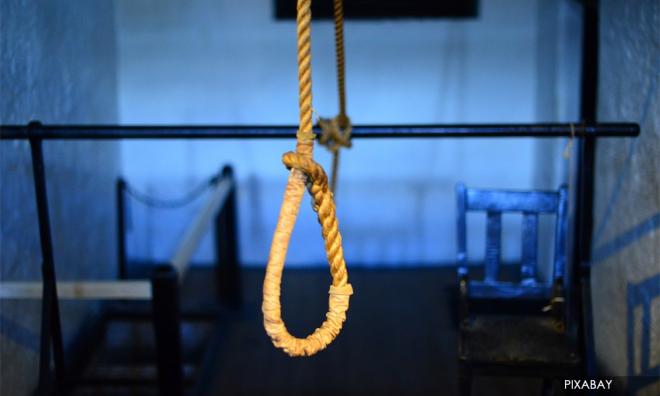 Why is MCA so gung-ho about abolishing the death penalty?

COMMENT | If there is one reform the Pakatan Harapan government has almost achieved, it is the effort to table a Bill to abolish the death penalty although they seem to backtrack whenever there is a crime of passion followed by a public uproar.

And just as laudable, Harapan has imposed a moratorium on execution for drug-related offences. In Parliament, they will face opposition to this Bill by MCA and PAS.

Considering the MCA leaders have been so vehement in their opposition to PAS’ ‘hudud’ laws on the grounds that they are appalled by such punishment which allows the amputation of hands, I am truly surprised at their passion in wanting to retain the death penalty in this country.

I wonder what the MCA’s stand would be if the death penalty were to be abolished in China. Is that also the reason for the DAP’s reticence on this issue? The traditional Chinese attitude toward capital punishment is an old feudal sentiment of “paying back blood with blood". This has more in common with the Judaeo-Christian doctrine of “an eye for an eye” rather than the humanist tradition of respect for human life, human dignity and human rights.

They may like to know that more and more Chinese in China, especially the better educated, are beginning to accept these humanistic concepts and starting to change their attitude toward capital punishment. In 1995, a survey conducted by the Chinese Academy of Social Science indicated that 95 percent of ordinary Chinese citizens supported the death penalty but by 2008, the percentage had fallen to 67 percent, according to an online survey by Sina, a popular website. In this survey, some 22 percent indicated that they believed China ought to reduce the use of the death penalty, especially for non-violent crimes.

And more importantly, China has carried out fewer and fewer executions over the years and since 2007, the Supreme People’s Court has taken back the power to review death sentences from the provincial courts. There is a proposal to remove an additional nine non-violent crimes from the list of offences punishable by capital punishment, including illegal fund-raising and weapons smuggling.

Revenge is never the answer. Every time there is an act of murder and the victims’ families call for revenge, the authorities backtrack on their commitment to abolish the death penalty. But vengeance achieved through execution is not justice, it is violence. And I am not speaking in abstraction. My eldest brother was killed by an express bus driver who had driven recklessly. Our family including his wife were not interested in revenge although we were in favour that the driver’s licence be compounded so that he would not be a threat to anybody else’s lives.

Since many Chinese Malaysians are Buddhists, the MCA might consider how the death penalty is clearly inconsistent with true Buddhist teaching rather than opportunistic compromises made by some Buddhists to placate the authorities. Buddhists place great emphasis on non-violence and compassion for all life. Buddhists are taught to abstain from injuring or killing any living creature, least of all, a human being. Would any Buddhist suggest that the Buddha himself would condone such a practice of the state taking the lives of other human beings?

Inhumane treatment of offenders does not resolve the damage done by their misdeeds or those of humanity in general – the best approach to an offender is reformatory rather than punitive. Punishment should only be to the extent to which the offender needs to make amends, and his or her rehabilitation into society should be of paramount importance.

We can learn from the progressive practices in Norway to reform their criminals. An execution – or the threat of one – inflicts terrible physical and psychological cruelty on all involved. Any society which executes offenders is committing the same violence it condemns and we should not let the state commit this violence in our name.

Human rights – including the most basic right to life – are universal and endorsed by the vast majority of countries in the world. Our call to end the death penalty is consistent with the mercy, compassion and forgiveness that all major world religions emphasise. It is ironic that while some fundamentalist Christians in the US are ardent defenders of the death penalty, their saviour was himself a victim of capital punishment.

To date, 140 countries have abolished the death penalty in law or in practice, demonstrating that the desire to end capital punishment is shared by cultures and societies in almost every region in the world.

The plea for the abolition of the death penalty can be based on humanist values alone. Humanism stands for valuing the lives of all, human rights and justice for everyone. A “new Malaysia” needs to elevate human dignity and pursue the good of a common humanity. We do not need institutions that encourage vengeance and retribution. Instead, we want equal social justice and protection of everyone in a society “at peace with itself” (Vision 2020).

How can MCA not aspire towards such a vision? We hope that while they are floundering since their loss at the GE14 and the demise of the BN coalition, the MCA will choose this humanist path toward the abolition of the death penalty and focus on the pursuit of social justice, democracy and human rights in Malaysia.