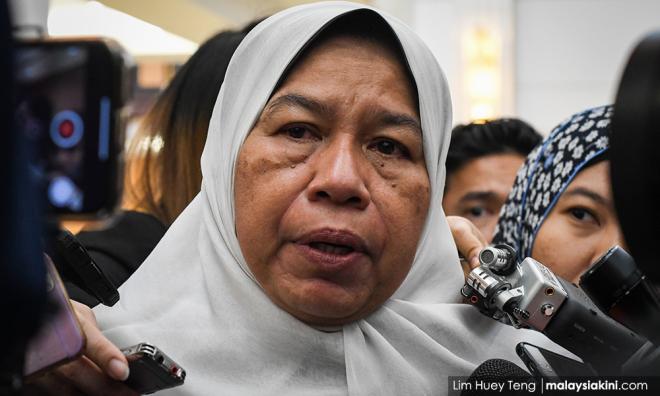 Gov't looking to build PPRs at three locations in Penang

The Housing and Local Government Ministry is in the process of coordinating with the relevant housing agencies for the construction of the people’s housing projects (PPR) to overcome shortage of houses in Penang.

Its minister, Zuraida Kamaruddin, said three locations had been identified for the project, namely Gelugor, Teluk Kumbar and Balik Pulau.

“The three locations are identified suitable for the construction of the PPR houses to meet the high demand for houses in Penang,” she told reporters after opening the Penang-level World Women’s Day at SP Arena in Seberang Jaya today.

On issued faced by residents of Taman Manggis PPR in George Town, she expressed confidence that it would be resolved by the Penang government.

Zuraida said she had discussed the matter with the State Housing Committee chairperson Jagdeep Singh Deo.

However, she expressed the need for the Taman Manggis PPR tenants to cooperate with the state government to resolve the problems.

“They (Taman Manggis PPR tenants) do no need agent or outside representative to discuss the matter with the state government,” she said.

Last Tuesday, about 22 Taman Manggis PPR tenants in George Town, were ordered to vacate their houses after they were found to have lost their eligibility to occupy the premises.

According to Chief Minister Chow Kon Yeow , those who were asked to vacate their homes had breached regulations , including having stayed there for more than five years.

Following which, six families, involving 40 people, have been seeking shelter at the Komtar building since Wednesday.

Meanwhile Chow, when met by reporters today, said the state government already had plans for those who were asked to vacate the Taman Manggis PPR.

“Perhaps, the process to convince those affected about it is being made difficult with other parties coming in to spread baseless information, making the occupants afraid and to not want to cooperate,’ he added.

He said the government had provided temporary houses for them.

Chow said this in response to a demonstration staged by occupants of the PPR houses concerned to protest against the notice for them to evict the premises.