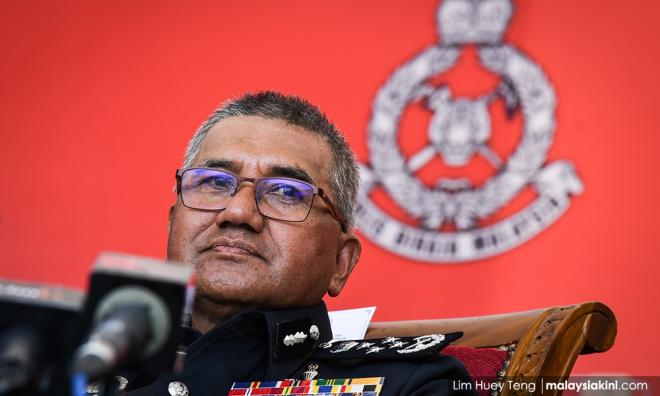 The holder of Facebook account 'Ayea Yea' was one of four individuals who were slapped with multiple charges in Kuching and Kuala Lumpur yesterday for similar reasons, according to inspector-general of police Mohamad Fuzi Harun.

‘Ayea Yea’ was sentenced by the Kuching Sessions Court after pleading guilty to 10 charges under Section 298A of the Penal Code and Section 233 of the Communications and Multimedia Act (CMA) 1998.

The owner of account 'Yazid Kong' pleaded guilty at the Kuala Lumpur Sessions Court to a single charge under Section 233 of the CMA.

Yazid Kong's sentencing will only take place on March 11.

Meanwhile, two others claimed trial to the charges at the Kuala Lumpur Sessions Court.

The owner of Facebook account 'Danny A’antonio Jr' pleaded not guilty to two charges under Section 298A of the Penal Code and Section 233 of the CMA 1998, while the owner of Twitter account '@ALVINCHOW333' pleaded not guilty to eight charges under Section 298A and 505(c) of the Penal Code as well as Section 233 of the CMA 1998.

Both cases are slated for mention on April 5.

The statement released by Fuzi referred to those charged by their social media accounts and not their real names.

Section 298A of the Penal Code relates to actions which could cause disharmony, feelings of enmity, ill-will, or prejudice on grounds of religion, while 505(c) pertains to statements which could incite a group or race to act against another group or race.

Section 233 of the CMA relates to the posting of offensive content.