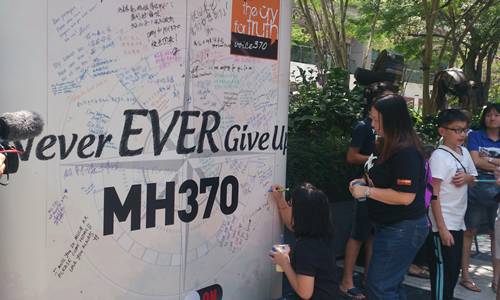 The chief investigator in the search for the missing MH370 plane has refuted claims that his team tried to hide key facts in its reports.

Some family members of those on flight have alleged that the report, released in July last year, was not comprehensive and demanded to see the raw military data.

“We have the complete original radar data. We did not publish the raw military data because it is classified information under the military,” said Kok, adding that the question had been brought up many times.

“There is no reason for us to hide any key information. Based on the radar data, we proved that the airplane had turned back from the eastern side to the western side,” he said.

“If I wanted to withhold information, do you think my seven counterparts from different countries would allow me to?

“None of them gave a dissenting view on it. People should read the report properly,” he said.

Kok, a former director-general of the Department of Civil Aviation, said the 449-page report released by the Malaysian safety investigation team was endorsed by seven countries involved in the probe.

Asked if there was any reason to reopen the search in the future, Kok cited satellite images, new drift modelling of MH370 debris or new calculations and methodology of analysing data.

“Not even experts have a clue. The ocean is too wide,” he said.

More than half of those on the plan were China nationals, and a delegation of next of kin marched in Beijing to the Foreign Ministry.

Their spokesperson Jiang Hui said they had received different answers from Malaysian and Chinese authorities.

The group submitted a memorandum to the Malaysian government via its embassy.