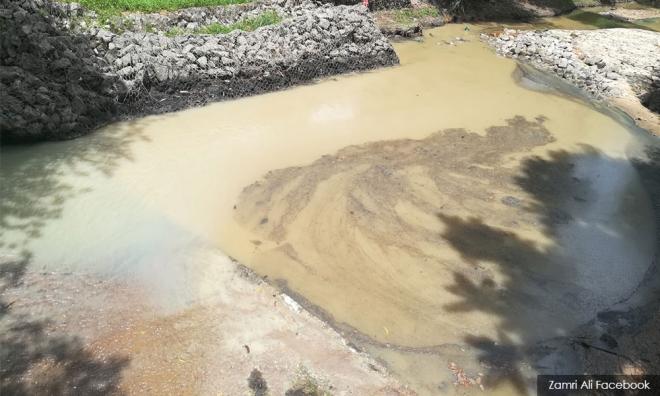 Five police reports were lodged as of yesterday over the alleged dumping of chemical waste in Sungai Kim Kim, near Pasir Gudang.

Johor police chief Mohd Khalil Kader Mohd said the reports were lodged at the Seri Alam station by residents and families of students in the affected area.

“Although the Department of Environment (DOE) is investigating, the police will also open an investigation paper.

“We want to track down those responsible for dumping the effluents because of the crime they have committed. They are not only endangering the people’s lives, but also the cleanliness of the river water,” he told reporters after opening the Johor police Meet the Clients’ Day programme at the Johor police contingent headquarters in Johor Bahru today.

He said the police would investigate the case under Section 278 of the Penal Code for making the atmosphere noxious to health and Section 284 of the same law for negligent conduct with respect to poisonous substance.

The police, he said, would work with the DOE to identify the culprits responsible for dumping the chemical waste into the river and urged those with information to contact the nearest police station.

In another development, Mohd Khalil said the Johor police were producing an infographic book on the history of the police in the state for future reference.

He said work to produce the book started two months ago by gathering various historical information, including from the district police, in the state.

The book will be improved and updated from time to time, he added.

He said the Johor police contingent was also setting up its own band, expected to be launched in conjunction with the Police Day celebration on March 25.

“The band is an initiative to improve the police service because the public sees the police only working, when we also have the talent to entertain them,” he added.