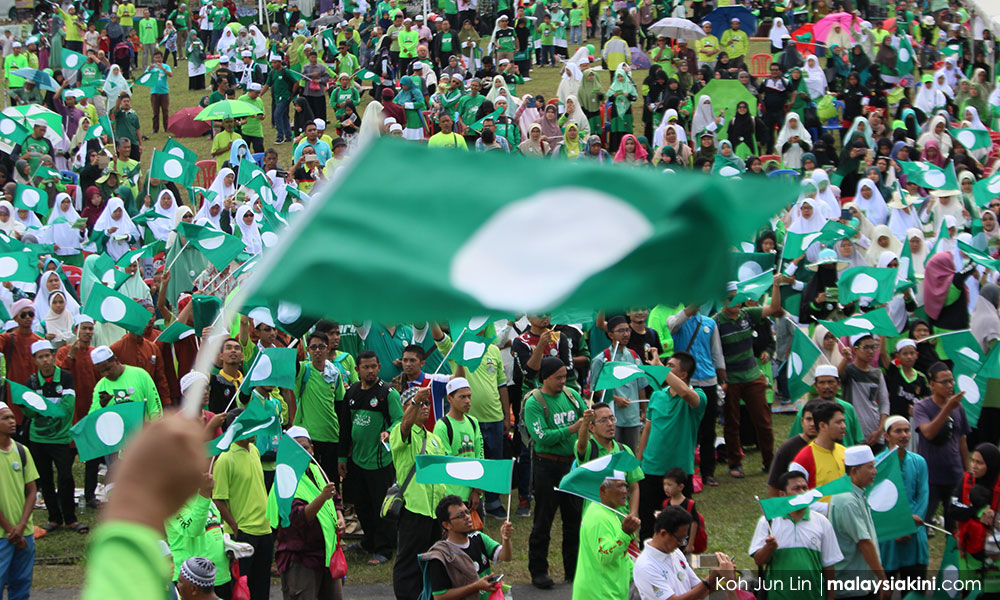 Is PAS willing to shed its extremist image?

MP SPEAKS | Is PAS willing to shed its extremist image by withdrawing and apologising for unconstitutional and seditious remarks that non-Muslims/non-Malays should not be appointed as ministers, and their inflammatory lies that non-Muslims now control the federal government?

If PAS is not willing to do so, how can PAS blame non-Muslims and non-Malays from Peninsular Malaysia, as well as Sabah and Sarawak, for feeling gravely threatened when this fundamental right enshrined in the Federal Constitution, which has never been questioned before, is now openly attacked by both PAS and Umno.

For the first time, the PAS and Umno combination has questioned the funding of vernacular schools, to the extent of even threatening to close them down.

PAS vice-president Iskandar Samad has denied claims his party's cooperation with Umno will give rise to an extremist government in Malaysia, and instead claimed PAS received strong support from the non-Muslim PAS Supporters Congress or DHPP, as well as through the involvement of non-Muslims in PAS-led state governments.

DAP congratulates PAS for successfully recruiting both MCA and MIC to support its extremist positions. For this reason, the PAS Youth chief has praised MCA as better than DAP, even though MCA questioned my approval for the funding of sekolah agama rakyat and sekolah tahfiz.

However, PAS should know that both parties received little or no support from non-Muslims and non-Malays and are viewed as little puppets of Umno.

The non-Malay and non-Muslim community and religious bodies, including Sabah and Sarawak, feel threatened that they are made the scapegoats by PAS and Umno for problems in Malaysia, where it is permissible to lie for PAS, where corruption scandals by Muslim leaders are secondary to whether a leader is a non-Muslim, even though the non-Muslim leader is honest and competent.

PAS was a moderate and compassionate party believing in justice for all under the revered Allayarham Datuk Seri Nik Abdul Aziz when he was still alive.

pas
nonmuslims
Related Reports
Too early for unity gov't plans with Umno, says PAS veep
a year ago
Responding to 'Taliban' jibe, PAS says it stands together with non-Muslims
a year ago
DAP leaders mixed over Nga's 'Taliban state' remark
a year ago
Union the beginning of the end for Umno and PAS
a year ago